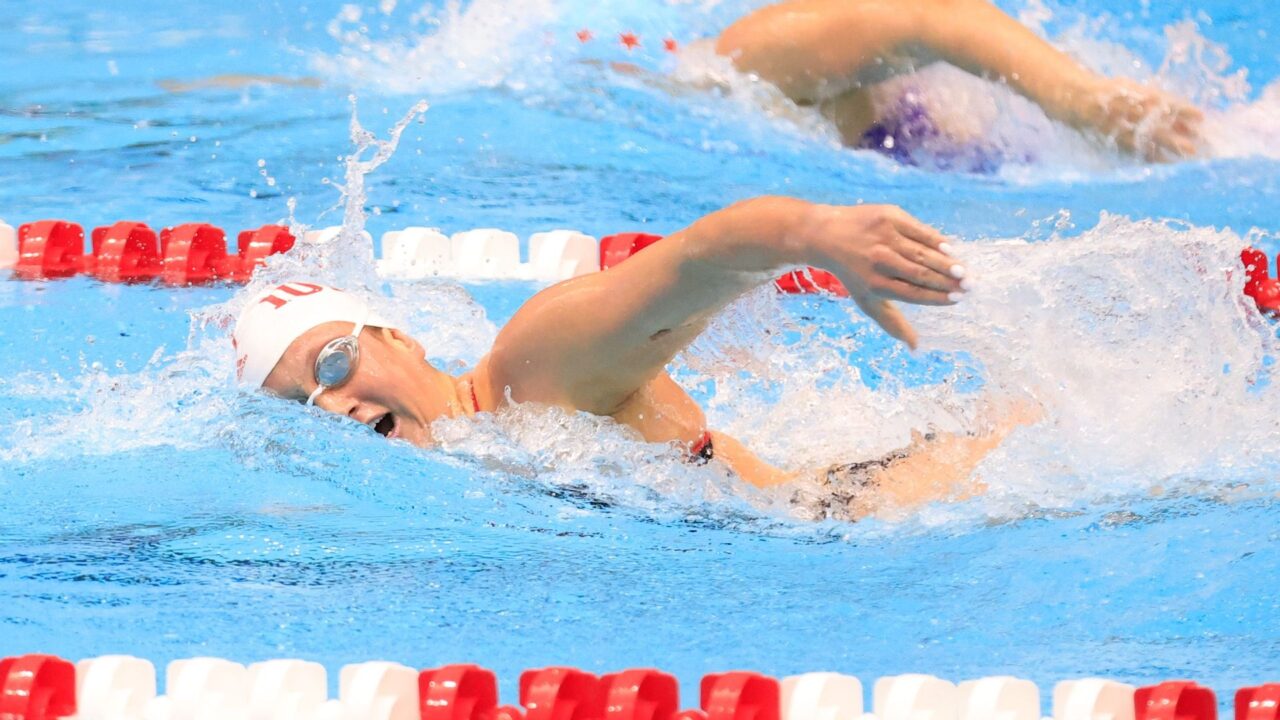 Emmaleigh Zietlow dropped more than a second off her best time in the 200 free on Friday to set a new IUPUI record, her 2nd of the meet. Archive photo via Justin Casterline/IUPUI Athletics

The Fordham swimming & diving teams completed one of its finest regular seasons by going for 4-for-4 on wins over Wagner and St. Francis Brooklyn Wednesday.

A day after setting a new Horizon League Record in the women’s 500 free, IUPUI sophomore Emmaleigh Zietlow was back in the water for another record-setting swim, this time in the 200 free.

Other notable results on the women’s side included a 4:20.79 from UIndy’s Kaitlyn McCoy, which is the best time in D2 this season by almost five seconds. McCoy didn’t swim this race at last year’s NCAA Division IIChampionships, though her personal best of 4:14 would mark her as a favorite for this year’s national title. Marizel Van Jaarsveld of UIndy, who finished her eligibility last season, won the title in 4:14.0, but nobody else was under 4:15.

UIndy, which competes in D2, finished the day in the lead, including ahead of five Division I teams.

Other women’s race winners on Day 2:

UIndy also took a dominating day 2 lead in the men’s meet, a six team field. After sweeping day one’s events, though, things were more balanced on the second day of competition.

Cedric Buessing added an individual win to that total, breaking the UIndy school record in the 400 IM in 3:46.02. That broke the 2021 school record held by Landon Driggers, when as a freshman he was 2nd at the NCAA D2 Championships. Driggers began his sophomore season at Tennessee this year, where on Friday night in Knoxville he swam 3:41.

Buessing’s swim is also the top time in D2 this season and a new Meet Record.

He wasn’t the only record-breaker on Friday: IUPUI’s Spencer Jyawook won the 100 fly in 46.74. While that was about four-tenths of a second away from his own school record, it broke his Meet Record from last season of 46.85.

Other Men’s Winners on Day 2: