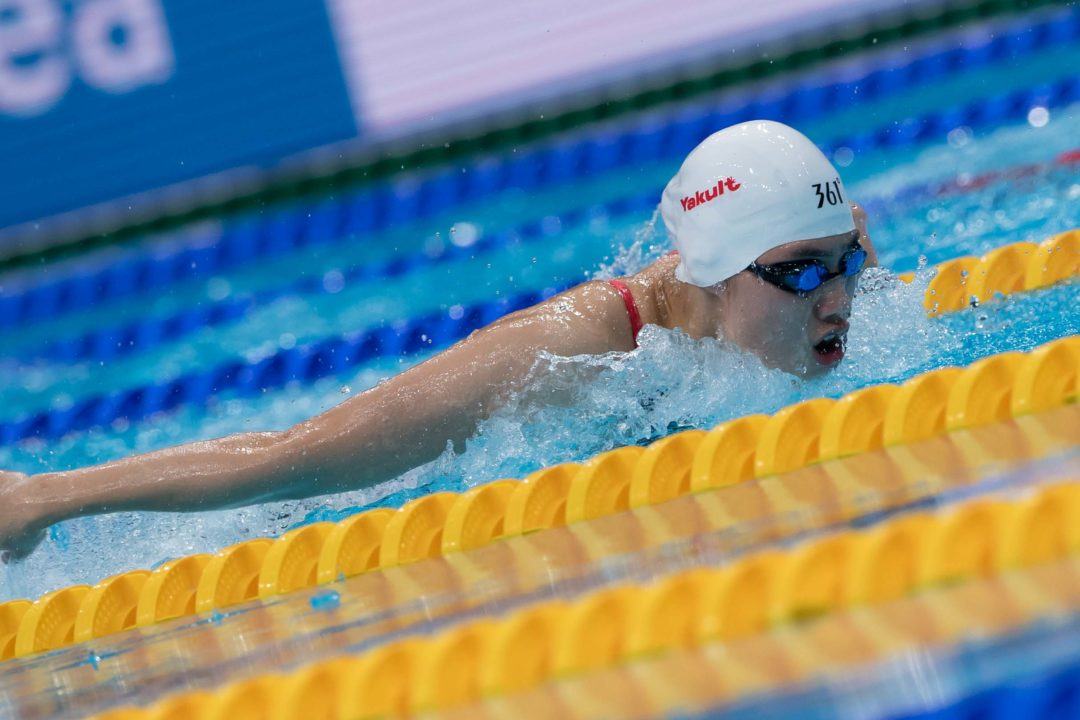 Zhang Yufei won the women's 100 fly on night two of the 2019 Chinese National Championships in a time of 57.82, just over four-tenths off her 2019 best. Archive photo via Mike Lewis/Ola Vista Photography

Multi-Olympic gold medalist Sun Yang may be serving a suspension for doping but the man is still very much in the public eye within his nation of China.

A superb performance in the women’s 100 fly from Zhang Yufei was among the highlights on the second of eight days at the 2019 Chinese National Swimming Championships in Anshan City.

The three-time Long Course World Championship bronze medalist holds a personal best time of 57.29 from the 2017 Worlds in Budapest and placed 13th two months in Gwangju (57.93).

Also claiming gold on the night was Wang Lizhuo, topping the men’s 100 breast lineup in a time of 1:00.03. Wang set a PB in the prelims at the recent Worlds in 59.44, and ended up finishing 15th overall.

Li Bingjie and Yan Zibei, who were expected to contend in the women’s 400 free and men’s 100 breast respectively, have both reportedly withdrawn from the entire meet, along with female backstroker Fu Yuanhui.