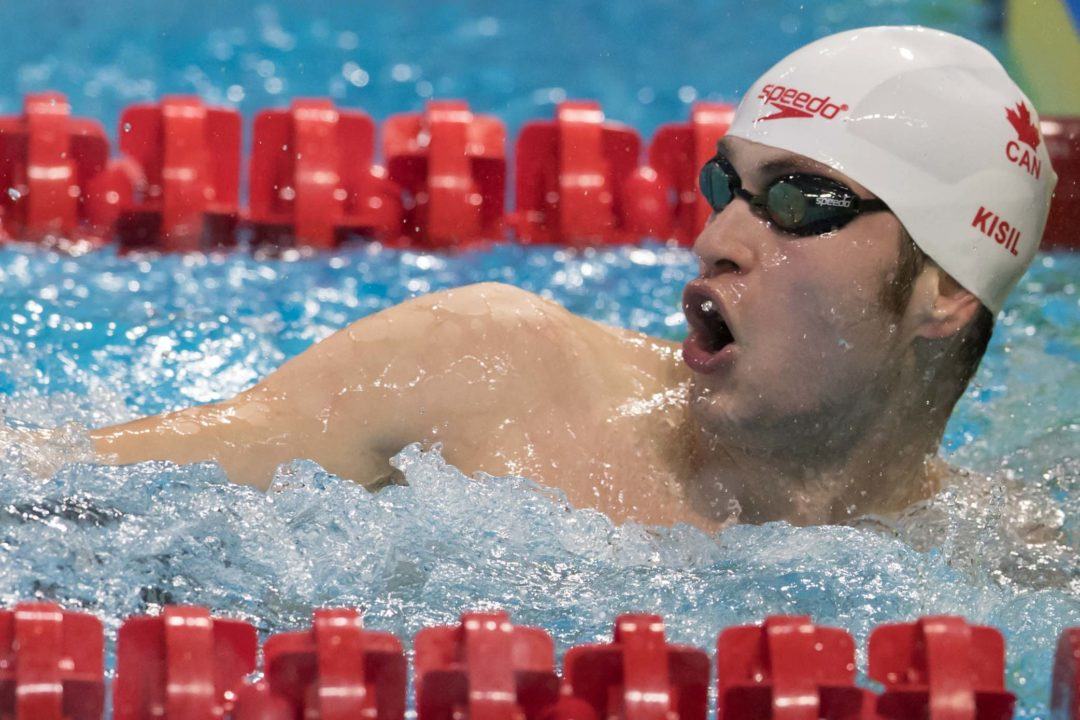 Kisil posted times of 22.03 and 49.25 in the men's 50 and 100 free (SCM) as he gears up for the Short Course World Championships next month. Archive photo via Mike Lewis/Ola Vista Photography

Two-time Canadian Olympian Yuri Kisil returned to the pool earlier this month at the Cascade Speed Meet in Calgary, his first competition since relocating from Swimming’s High Performance Centre – Ontario in Toronto.

Kisil, 27, returned to Cascade in September to train under his old age group coach Dave Johnson, who he swam under until departing for HPC – Vancouver in 2014. After competing for UBC in U SPORTS (Canadian university system), Kisil turned pro in 2018 and moved to Toronto to train under Ben Titley at the National Performance Centre in Toronto.

Kisil will be one of six male swimmers representing Canada at next month’s Short Course World Championships in Melbourne, Australia. This will be his third SC Worlds appearance, having competed on home soil in Windsor in 2016 and last year in Abu Dhabi. Kisil won a medal in the mixed 200 free relay on both occasions, including a gold medal in 2021.