Yulia Efimova Was Arrested in December in California 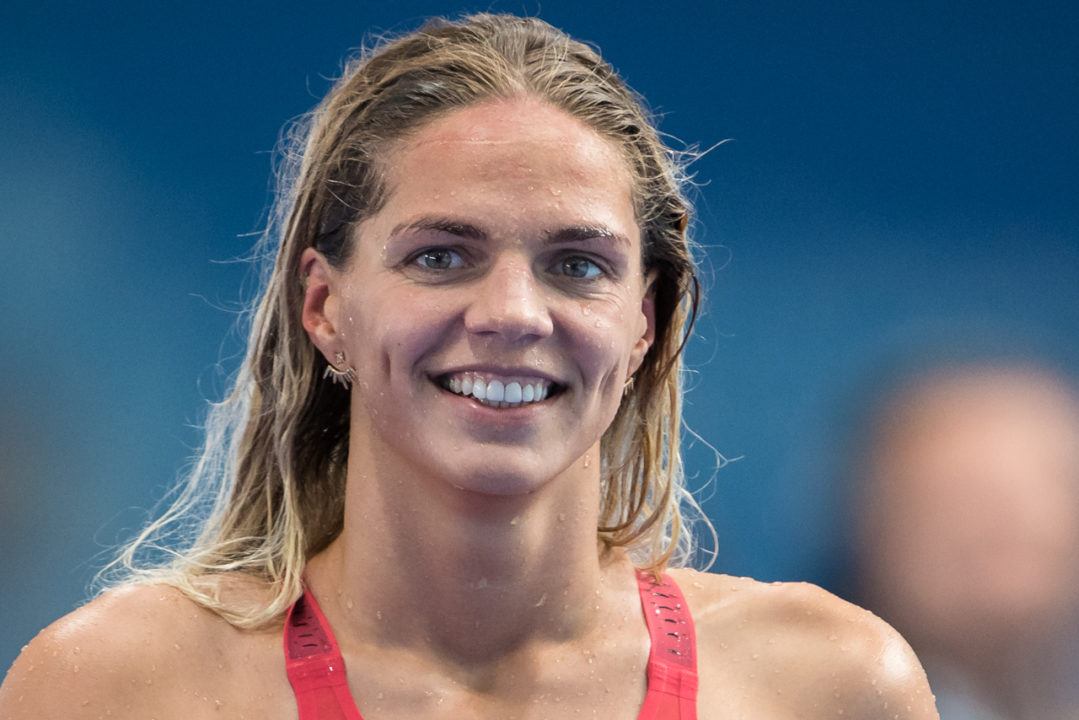 Russian Olympian Yuliya Efimova was arrested on December 30th, 2017 in Los Angeles, and was released on $5,000 bail. According to... Archive photo via Peter Sukenik/www.petersukenik.com

Russian Olympian Yuliya Efimova was arrested on December 30th, 2017 in Los Angeles, and was released on $5,000 bail.

According to Los Angeles Sheriff’s Department records, a person named Yuliya Efimova that matches the swimmer’s birthday and physical description was arrested on a misdemeanor charge at 12:38 AM on December 30th (just after midnight). The arrest was made by the Redondo Beach Police Department.

SwimSwam contacted the Reondo Beach Police Department, who refused to release the arrest record because the trial had not yet taken place. California has among the nation’s most restrictive open records laws, providing the least access to arrest records within the state.

However, a letter obtained by SwimSwam addressed by Efimova’s attorney to the California Department of Motor Vehicles requesting an “Administrative Per Se” Hearing says that “Ms. Esimova (sic) was arrested for driving under the influence of alcohol on December 30, 2017 by the Redondo Beach Police Department.” While the letter misspells “Efimova” several times, it specifically refers to the subject of the letter as being “temporarily in the United States training as a professional swimmer for Russia.”

Efimova’s attorneys, the Torrance, California based Bird & Bird law firm, did not respond to multiple requests for comment. A thorough search of local and national databases returned no further information on a trial date.

The 25-year old Efimova is a 3-time Olympic medalist representing Russia and a 5-time World Champion. Efimova has failed two doping tests in her career: the first resulting in a 16-month suspension that allowed her to return in time for the 2016 Olympics. The 2nd was for the substance meldonium, which the World Anti-Doping Authority had newly-banned, and later decided to grant a grace period for because of the unknown science on how long the substance could remain in an athlete’s blood after they stopped taking it. After a preliminary suspension, Efimova filed an emergency appeal and was cleared just in time to swim in Rio, where she took silver in the 100 and 200 breaststrokes.

Efimova has spent much of her adult life training in Southern California, including with the Trojan Swim Club based out of USC.

Putin is not thrilled

It’s sad that so many people are doing this! They’re just doing it to get faster, but don’t appreciate how fast they already are!

Yeah that was the first thought that popped into my head, actually pretty disappointed to find out it wasn’t.

does that mean you have many hearts? otherwise it would be one

It was a nerve agent, not alcohol.

Lmao he is on camera driving to the pub less than 2 hours before supposedly being found affected by lethal nerve agents . His family tend to die in car accidents . I don’t think he is very astute .

If this was just a one time bad decision, I hope she learns from it. If there’s a bigger alchohol problem, I hope she gets help. We are lucky we haven’t yet had to hear about a pro swimmer killing someone in a DUI related wreck. Doesn’t matter which particular athlete we’re talking about, I don’t want any of their legacies to be murder.

Maybe she could transfer to Brown if she still has eligibility