Youth At The Centre Of Buenos Aires 2018 Preparations 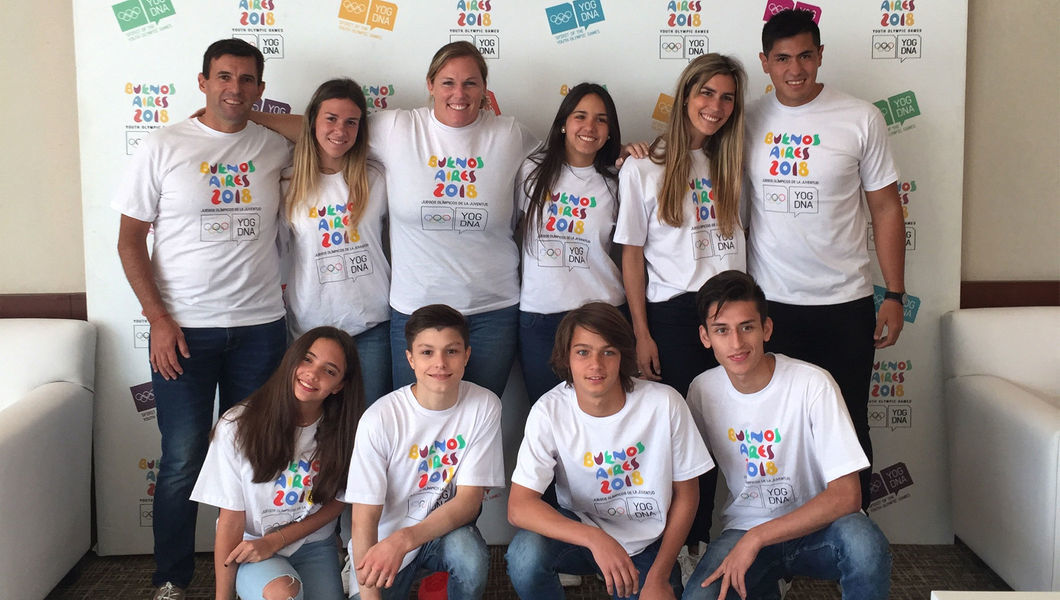 Press Release Courtesy of the International Olympic Committee: Youth at the Centre of Buenos Aires 2018 Preparations

Youth at the centre of Buenos Aires 2018 preparations

During this week’s third visit by the IOC Coordination Commission to Buenos Aires, the members experienced a session of idea-sharing and feedback on the forthcoming Youth Olympic Games with a group of young Argentinian athletes who have provided guidance to the Organising Committee (BAYOGOC) from the outset to help push the boundaries on innovation and to ensure the Games are not only for young people, but also by young people.

“Sport has changed your life, sport has changed my life and we are around this table together to help take more kids off the street and into sport through the Youth Olympic Games,” said Frank Fredericks, Commission Chair, to the young athletes, several of whom have previously competed at a Youth Olympic Games. He continued: “Innovation is key to Buenos Aires 2018 and it is important that we have input from the athletes to the future athletes. We are creating these Games for young people, and your fresh, youthful and passionate spirit is essential. You are role models now, and that is a tremendous responsibility to put on young men and women, but your community is behind you.”

With their mission to ‘bring sport to the people’, the local organisers have set about staging hundreds of events across the city to directly engage over 300,000 young people in the Youth Olympic Games. This has been through active participation in sport or cultural activities to raise awareness of the Games and to get kids active and has provided opportunities to test some of the Games-time ‘Learn & Share’ programme ideas.

During the two days of meetings, the Commission approved the revised venue master plan, comprising four parks, bringing sport and the YOG to people all across the city. The Youth Olympic, Green, Urban and Techno Parks will all feature a mix of sport, culture and education activities in a festival style atmosphere.

Leveraging on the YOG Tripartite Working Group recommendations for the future of the Youth Olympic Games adopted by the IOC Session in Rio last August, BAYOGOC is developing an innovative concept for the Opening Ceremony. This impacts the dates of the event, which will start one day earlier: the 3rd Summer Youth Olympic Games will take place between 30 September and 12 October 2018.

To ensure the Games can be followed by young people around the world, a digital platform is in development to provide information for all stakeholders in one location as well as amalgamating the various social channels, Learn & Share content and official website.

Leandro Larrosa, CEO of Buenos Aires 2018, said: “These Games have become very real to the people of Buenos Aires, not only with the community projects we produce, but also with the urban development in the South of the city now taking shape. Thanks to the support from the Argentinian NOC and the local and national Government, the YOG will have a great impact on the city and the nation long after the Games have concluded.”

BAYOGOC’s workforce has now increased from 40 to 120 employees since the last visit in August 2015, and to date over 6,000 people have already shown interest in becoming volunteers.