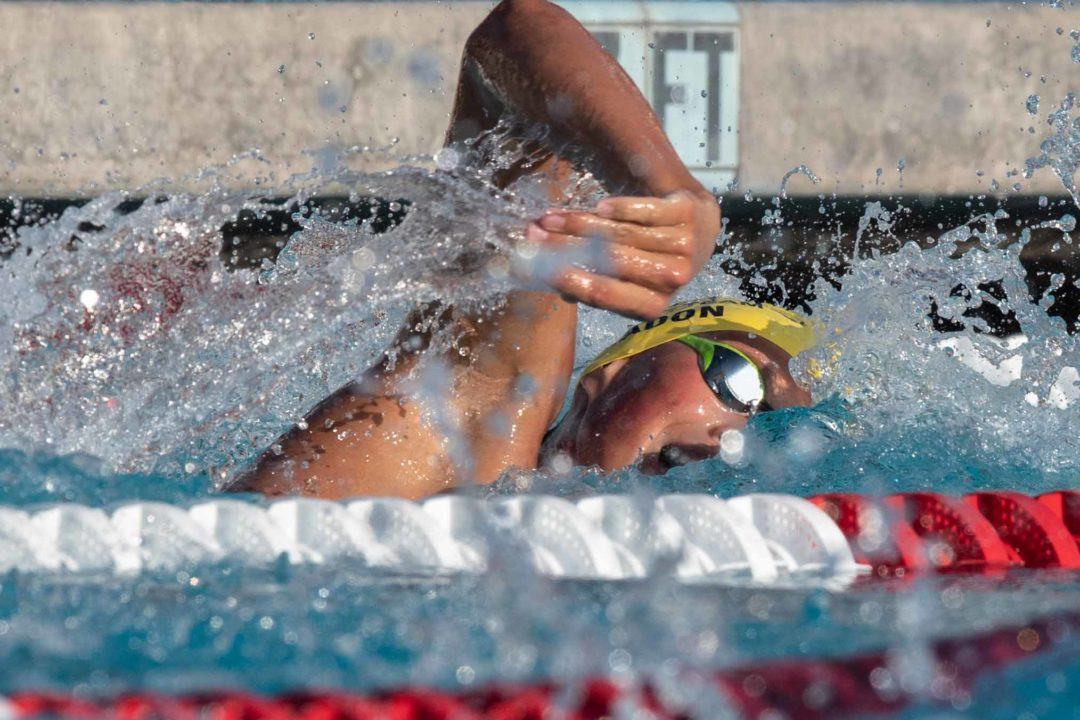 The Fighting Irish hold commanding leads over both the Pittsburgh Panthers and the Virginia Tech Hokies after the first day of competition.

Other day one event winners (all Notre Dame):

The Notre Dame men also lead both of their opponents after the first day, albeit by a fairly slim seven point margin over Virginia Tech.

Notre Dame’s Zach Yeadon had the most impressive time of the afternoon.  His 8:58.55 in the 1000 free would’ve been the 2nd-fastest time in the nation heading into today’s meets, although Michigan’s Ricardo Vargas dropped a 8:56 today to take the top spot this season, pushing Yeadon to 3rd, pending other results.