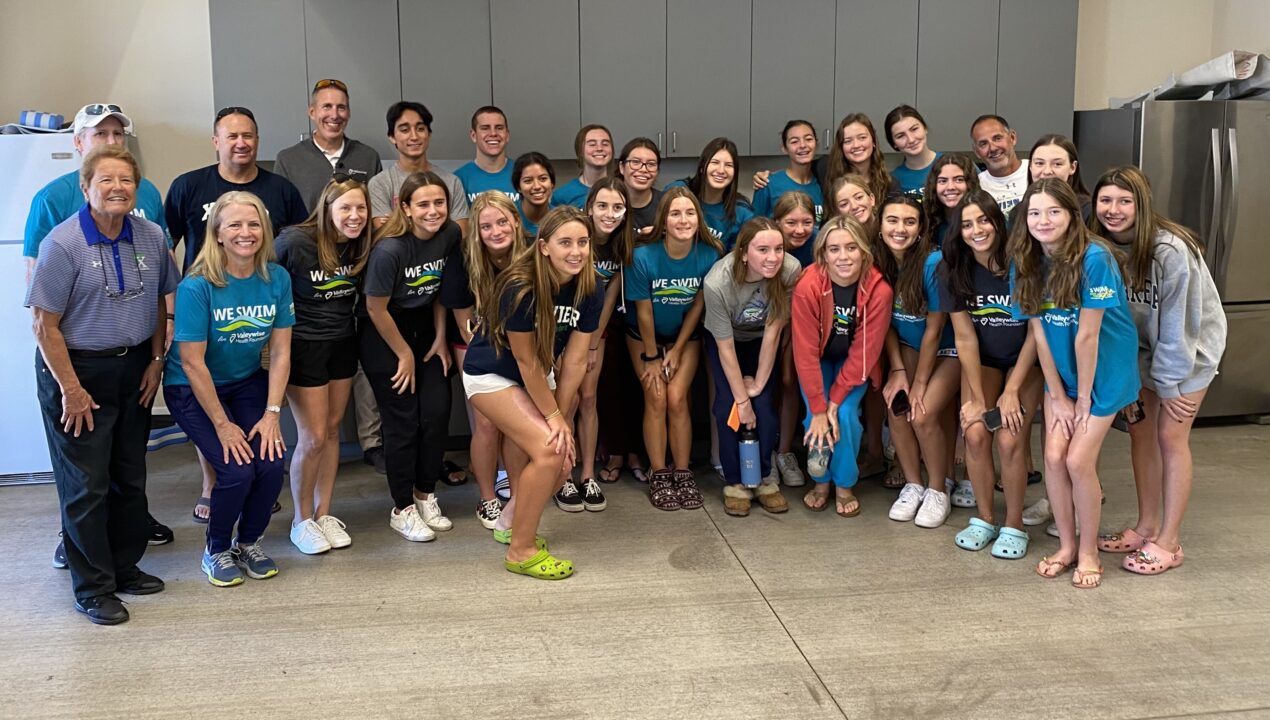 As of mid-December, the Xavier and Brophy teams have raised $10,250 for programs designed to strengthen teens' mental health. Current photo via Xavier, Brophy, and Valleywise Health Foundation

The Xavier and Brophy swim teams, located in Arizona, have raised over $10,000 in two months for their Swim for the Light fundraiser, which is aimed at raising awareness about mental health.

The event was hosted by Valleywise Health Foundation, an Arizona-based nonprofit that supports a network of hospitals and medical facilities. Originally, the teams wanted to raise $2,000, but after an extension in the fundraising period through at least December 1, the current total stands at $10,250.

As part of the fundraising effort, swimmers would post links to the donation page on their social media, and the teams even opened up fundraising to the general public. The money goes toward supporting behavioral health programs for teens and young adults.

“Just like physical health, mental health (brain health) is critically important and, with proper medical care and treatment, a diagnosis can be managed,” reads the mission page for the fundraiser. “We are working to change the conversation, remove the stigma of mental illness and talk about the importance of seeking care for behavioral health concerns.”

When the fundraiser began during the pandemic, swimmers would submit a video of them swimming a 100. This year, the teams worked to host an in-person event, where each person swam in different relays, with their participation totaling a 100 per person. Relays included a corkscrew relay, a t-shirt relay, and other fun, relaxed events.

People who weren’t able to participate in the event were still encouraged to submit a video of them swimming a 100.

Xavier assistant swim coach David Smithers said this is something he plans to help facilitate for a long time, but that it’s the swimmers who usually run the show.

“It’s the kids that are doing it–they’re giving back to the community already, and they’re just in high school,” Smithers said.