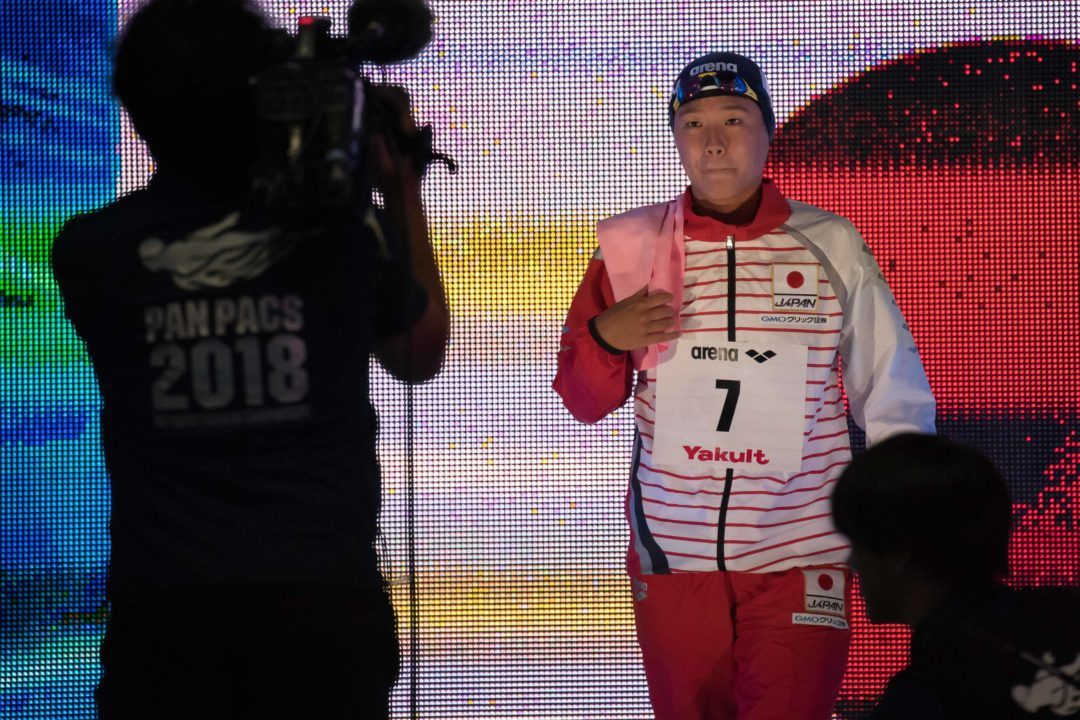 The 2019 Japanese Student Swimming Championships wrapped up in thrilling fashion from Tokyo, with 18-year-old Shoma Sato firing off a new World Junior Record* in the men’s 200m breaststroke.

Stopping the clock in a new personal best of 2:09.21, Sato beat the 2:09.39 mark that FINA officially recognized as the World Junior Record swum by Chian’s Qin Haiyang at the 2017 World Championships. You can read more about Sato’s head-turning swim here.

Atsuya Yoshida produced a winning time of 15:13.32 to take the men’s 1500m freestyle to close out his Championships. The Nihon University swimmer was runner-up in this event at this year’s Japan Open, clocking a time there in May of 15:10.97. Previously at the Japan Swim, Yoshida produced a mark of 15:17.33 for 4th place, so this evening’s time rests right in between.

Waka Kobori followed up on her 400m free gold from night 1 with another win tonight in the 800m distance. Stopping the clock at 8:33.41. Kobori topped the field by almost 5 seconds. Kobori is the reigning World University Games champion in this event, taking gold in Naples at the Summer Universiade in a time of 8:34.30, almost a second slower than she was this evening.

Similarly, there were 2 super close finishers in the men’s edition of the 400m IM, with Ikari Yuuki and Ippei Miyamoto separated by just .11. Yuuki landed atop the podium in 4:13.83, while Miyamoto touched the wall close behind in 4:13.94 for silver.

Wondering why we even compete in yard while the rest of the world compete mostly on 50 all year around occasionally 25 m.