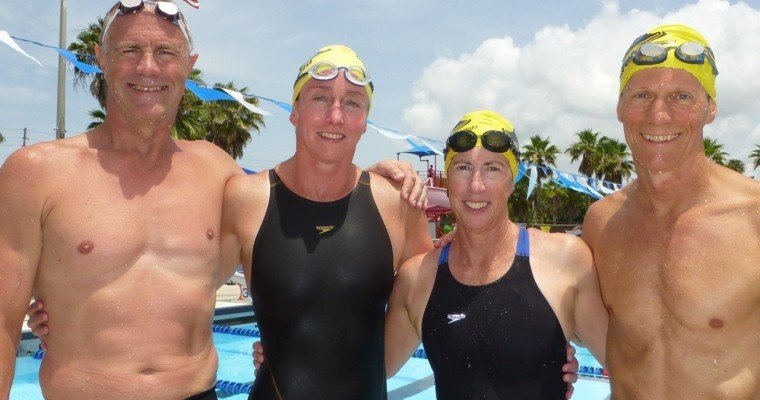 Multiple world records were broken* at the Bumpy Jones Classic, held at the Selby Aquatic Center in Sarasota, Fla., June...

Multiple world records were broken* at the Bumpy Jones Classic, held at the Selby Aquatic Center in Sarasota, Fla., June 13-15, 2014. This long course meet has been held since the 1970s and was renamed in 2006 to honor our resident Olympian, Burwell Jones, who has been a driving force in Masters Swimming since its inception.
Jack Groselle, 59 (FINA 60) broke two individual world records and was also part of two world record setting relays for the Sarasota Y Sharks Masters.

Very proudfof our swimmers Jack and Laura! USMS Nationals are gonna be fun!