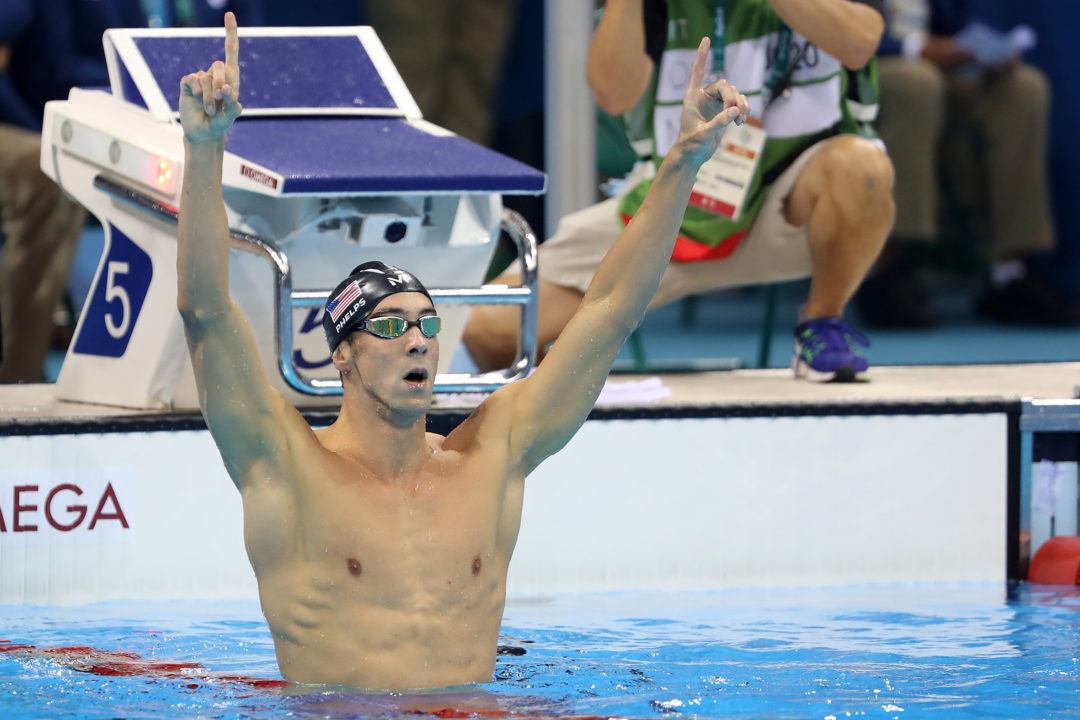 Process is the long game and the massive outlay of time and energy whose reality lies below the surface, away from the spotlight and the crowds. Current photo via Simone Castrovillari

For the first time in what feels like ages, SwimSwam is back on deck and our photographer Jack Spitser was able to capture images in the California sun.

Chris Fantz is in his 10th season as head swimming coach at Lewis & Clark College in Portland, Oregon. He has coached numerous conference champions and seen dozens of spectacular young men and women succeed in the sport of swimming before going on to graduate from college and make positive impacts on our world. As a swimmer, he was a member of two NAIA National Championship teams. Chris also hold a B.A. in English Writing and his M.A. in Psychological and Cultural Studies. He lives in Portland with his wife and two young children.

When the legend that is Michael Phelps collided with the antics of Chad le Clos at the Rio Olympics, the image of Michael in the ready room staring straight ahead wearing that bitter, angry look became the meme. The #phelpsface. But, like most memes, that moment missed the point. Or maybe more accurately, that point was just the tip of an iceberg.

The process is nearly everything in sport. As it is in life. It resists encapsulation in a meme, a GIF, or a sound bite. Process is the long game and the massive outlay of time and energy whose reality lies below the surface, away from the spotlight and the crowds. It is thousands of hours across many years. Moreover, it is the right emphasis and the right focus of those hours. Not simply putting in time. Doing real work must always be mental as much as physical. Hence the awkward lap swimmer who looks the same now as ten years ago and ten years before that, getting a lot of exercise while struggling mightily to complete each length. The living embodiment of Practice Makes Permanent.

We strive for something higher.

During the Olympics, television also showed clips of Michael bent over a laptop in the team area watching and re-watching his own races. Dissecting. Mentally compiling and archiving. Looking for every way he could be better, hone his strategy, approach perfection for his own swimming on that day.

Poets and media can talk about legacy. An athlete has the process.

Much is made in the news about sports legends’ outsize appetite for external motivators. Michael Jordan and Kobe Bryant famously had—we are to believe—news clippings from doubters and critics in their lockers. We hear the same things about Michael Phelps‘ ability to feed off the haters or the competition. Stoking the competitive fire may keep a degree of focus burning, but again, it misses the larger point. The motivation to swim extra laps better or shoot more jumpers alone on a gym floor when others have gone home must come from the individual. The biggest battles of will are waged from within.

Sure, the external nudges might give you a boost along the way. But, it’s a fact you can’t give your best and most focused effort on the task at hand if you’re thinking about what someone else is doing or what they’re saying about you.

I heard a phrase once: “Don’t worry about the change in the other guy’s pocket.”

Worry about others distracts. It takes our focus off the process and the process is—I will say again—nearly everything.

Prepare for the efforts ahead. Focus on your process and your best execution. Results will show up for others to see in the race well swum, the phenomenal game, the high academic achievement, the professional success. Each of these will exist as a byproduct.

Focus on the process. Revel in it. Process resists glamorization and that is for the best. Glitz distracts. Doing the work is not meant to be fancy looking or easily distilled to an image or video clip. That is okay. Process is rewarding and it is who we are.