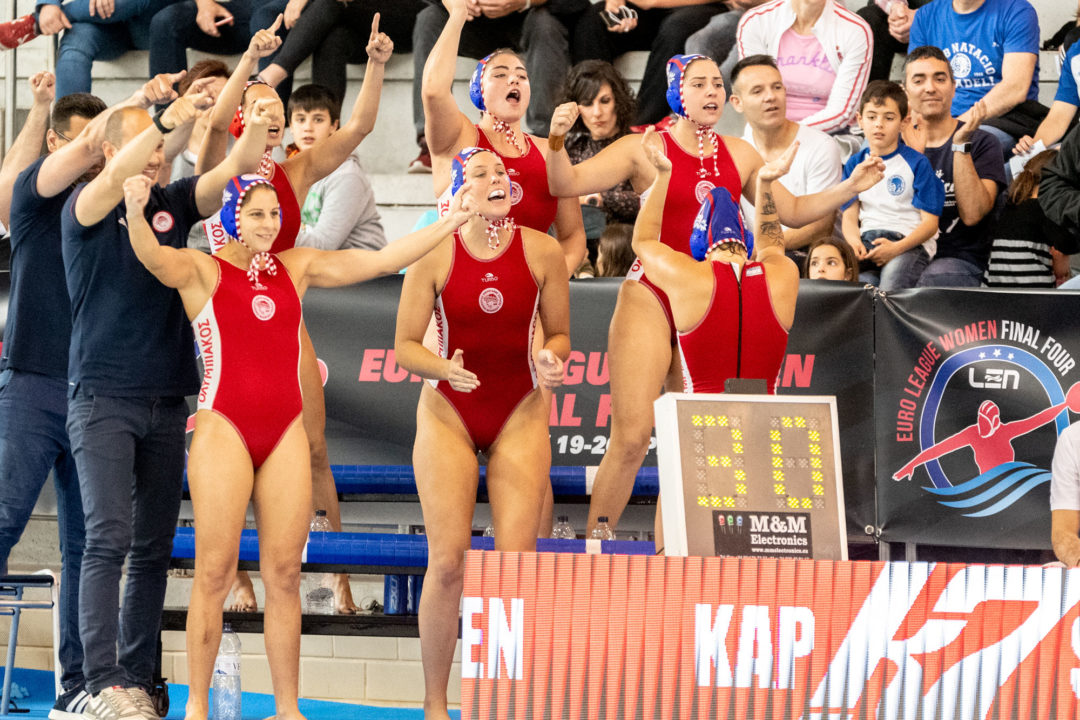 Three outstanding clashes are in sight this Saturday in the first leg of the women’s Euro League quarter-finals, including the re-match of the last final played in this competition in 2019, featuring Sabadell (ESP) and Olympiacos (GRE).

Besides the re-match of the 2019 final, there is an all-Russian duel plus a highly interesting clash between Mataro (ESP) and UVSE Budapest (HUN). This latter encounter is linked to an ‘old story’ from March 2017 when UVSE met underdog Mataro but fell to the Spanish side. Back in those years UVSE was in a full-gear search for the most coveted trophy but could never reached the top height – though their consolation came soon when they claimed the LEN Trophy. This time many of the Hungarian champion’s players are still fresh from the Olympic qualification success with the national team while Mataro is eager to repeat its feat from four years ago and that promises two great matches.

Catalonia – one day after the local Swimming Federation celebrated its 100th anniversary – will see another outstanding match on Saturday. Title-holder Sabadell faces off Olympiacos Piraeus in the absolute highlight of the quarters. These two sides played the 2019 final which was one of the most thrilling matches ever seen in this event. Olympiacos led 11-8 with 5:17 to go but Sabadell staged a resurrection on Easter Saturday and with a 5-0 rush they clinched their 5th title. The Spaniards appeared in seven finals since 2011, but Olympiacos also has a great record: four appearances in the last five Final Fours, won in 2015, was runner-up in 2017 and 2019 so this duel is a mouth-watering contest in anybody’s language.

The third match on Saturday is an all-Russian derby with 2017 and 2018 champion Kinef Kirishi and its fiercest home rival Uralochka. Kinef, with no less than ten F4 appearances since 2005 is the absolute favourite, however, in the current environment no one may dare to place a sure bet.

The fourth QF was already played, Italy’s lonely remaining participant SIS Rome drew with 2018 Super Cup winner Dunaujvaros (HUN) and the 11-11 result will offer some huge excitements for the return leg due on 13 March.