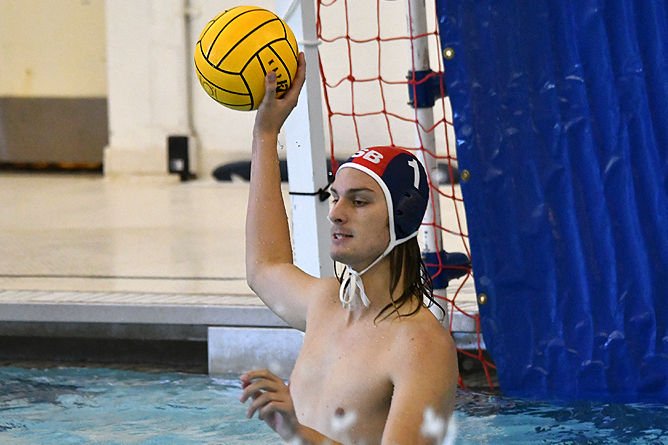 * The Lions held a one-goal lead on two occasions in the first quarter
* Ryan Kenney (Skippack, PA/Perkiomen Valley) got Behrend on the board 27 seconds into the match
* Eugene Kruger (Alpharetta, GA/Foothill) tallied the second goal for the Lions to keep them ahead at 2-1 at the 3:40 mark
* The back and forth battle continued and the Presidents evened the score at 2-all before Eli Anderson (Encinitas, CA/San Diequito) made it 3-2 with his first goal of the match
* Anderson went on to lead the team with four goals, while Kenney tallied three
* Washington & Jefferson outscored Behrend 4-2 to take the lead for good heading into halftime
* Kruger added another goal in the third quarter on a penalty shot with two minutes left