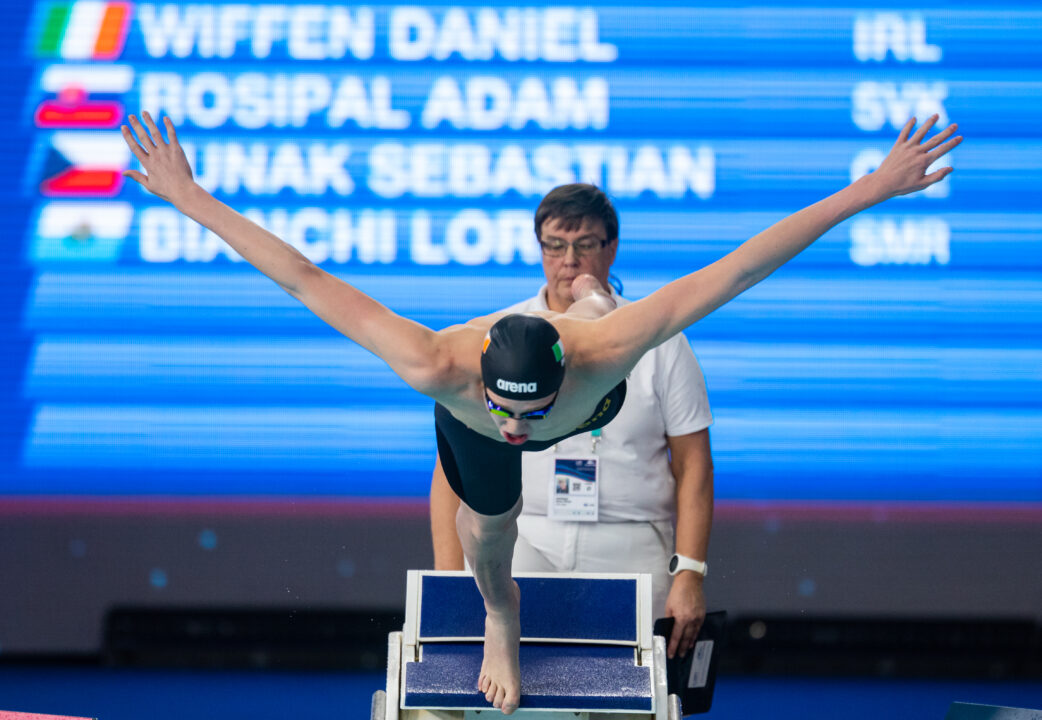 Irishman Daniel Wiffen fired off a new national record in the men’s 800m freestyle while competing on Sheffield’s first full day of action.

Racing at the British Universities & Colleges (BUCS) Short Course Championships, Wiffen produced a winning time of 7:39.03. That beat the field by over 5 seconds en route to grabbing the gold for Loughborough University.

In doing so, Wiffen overtook the previous Irish national record in this 8free event, a time which stood at the 7:41.82 he put up in the heats at the 2021 FINA Short Course Championships. It was actually produced as the first 800m of Wiffen’s 1500m freestyle heats swim there in Abu Dhabi.

Wiffen led a trio of top 3 finishes by Loughborough swimmers tonight as teammate Tobias Robinson scored silver in 7:44.63 while Felix Auboeck of Austria also landed on the podium in 7:54.92.

Wiffen already took the 1500m freestyle title during last night’s BUCS session, hitting a result of 14:37.69, the 3rd fastest time of his career.