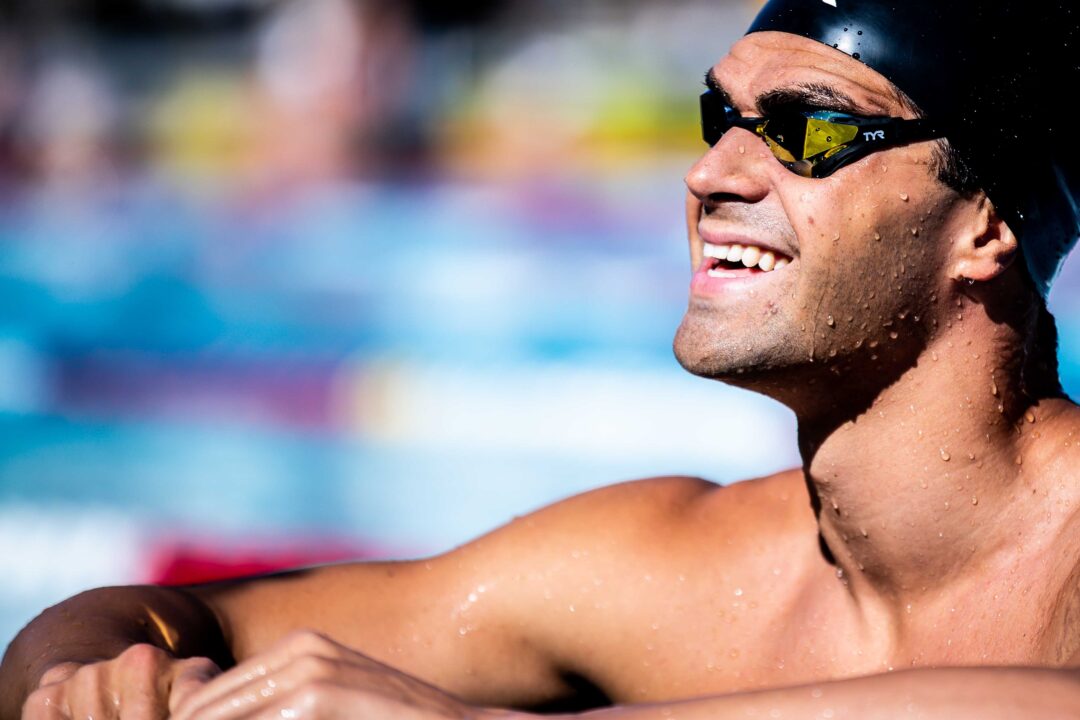 Since the United States has won every individual (pool) event on the current swimming Olympic program – with the obvious exception of the men’s 800 freestyle and women’s 1500 freestyle, which will make their debut in Tokyo next summer – it might also be interesting to take a look at another related statistic. Instagram’s Swimming Stats page has published the countries with the longest winning streaks in Olympic swimming. To no one’s surprise, the United States dominates the list.

In fact, the two longest winning streaks are still running: the men’s 100 and 200 backstroke. The last U.S. defeat in both events came in 1992, which means that the Americans have been winning the events for six straight Olympic Games.

In the men’s 200 back, it is remarkable that all six gold medals from 1996 until 2016 were won by different swimmers, reflecting the U.S. depth in the event.

In the men’s 100 back, the streak could be even longer. In 1988 and 1992, David Berkoff and Jeff Rouse left those Olympic Games having set world records in the event – Berkoff on the heats, Rouse on the 4×100 medley lead-off – but ended up with silver medals in the individual event. Had they won the 100 back, the Americans would have an incredible winning streak of nine at the Olympics.

The longest winning streak in women’s events was registered in the 800 freestyle for five Olympics, between 1984 and 2000. And it could be a six-Olympic streak, since the winning time at the 1980 Moscow Games, boycotted by the Americans, was won by Australian Michelle Ford with in a time of 8:28.90, and American Kim Linehan clocked 8:27.86 during the US Nationals two days after the Olympic final.

The only country other than U.S. to appear on the list is Australia. Australian swimmers have won more gold medals than any other nation in the men’s 1500 freestyle, so it is no surprise they have a remarkable winning streak in the event. From 1992 until 2004, Kieren Perkins and Grant Hackett won every Olympic race, and in three of those four Olympic Games the Australians went 1-2 on the podium.

This is an Olympic list, so Michael Phelps should make at least one appearance. And he does it in style. All by himself, Phelps produced one of the most amazing winning streaks on this list, winning the men’s 200 individual medley four times in a row from 2004 until 2016. It is the only four-peat ever registered in Olympic swimming in individual events.

Michael Andrew, Ryan Lochte, or other American swimmers might have the chance to keep this streak alive for the U.S. this year. As well as Ryan Murphy, Shaine Casas, and others in the backstroke events. Do you think they can do it? Or are we about to see the end of the two longest winning streaks in the history of Olympic swimming in individual events?

Of course, we could list the longest winning streaks on relays, and the USA would dominate as well. But this is a matter for another article.

A lot of people writing Kalisz out of the equation, but he’s been 1:55.4 before and assuming he’s in decent form, is the best shot at a US gold medal by far.

Chase seems to be a bit of a headcase right now. I made a similar comment about Michael Andrew and his tech suit situation/sponsorship, but I legitimately think the reason why Chase hasn’t been “on” the past few years is that he signed with MP, and their tech suits are absolutely awful compared to a Mizuno.

Swimming the 1500 for Australia

Men’s 100 back is listed twice in that graphic, I’m guessing they mean the 100 breast for the 2nd one?

You better check your eye sight.

You have guessed wrong.

No, there have just been two separate winning streaks in the 100 back.

Dressel would have also been my pick for the 200 back.

It’s a long shot, but don’t count Lochte out!

Am I missing something? Why is this comment heavily downvoted? Usually +5 -16 (at the moment of this comment) would signal a controversial comment so I feel confused…

It simply means that some people don’t need reasons to spread negativity on social media.

Why have a picture of MA (or anyone else who hasn’t been to the Olympics) on this article?

I was thinking the same thing but I am assuming because he is one of the US’s best chances at continuing the 200im streak.

I never jumped on the hype train. Unlike Michael Andrew, Chase Kalisz has actually won an individual gold medal (2) at the FINA World Aquatics Championships. Too bad Chase Kalisz has not been able to retain his 2017-2018 form.

I would have preferred Ryan Murphy by a country mile.

Hell, I would’ve gone for even Cody. At least he’s an Olympic medalist.