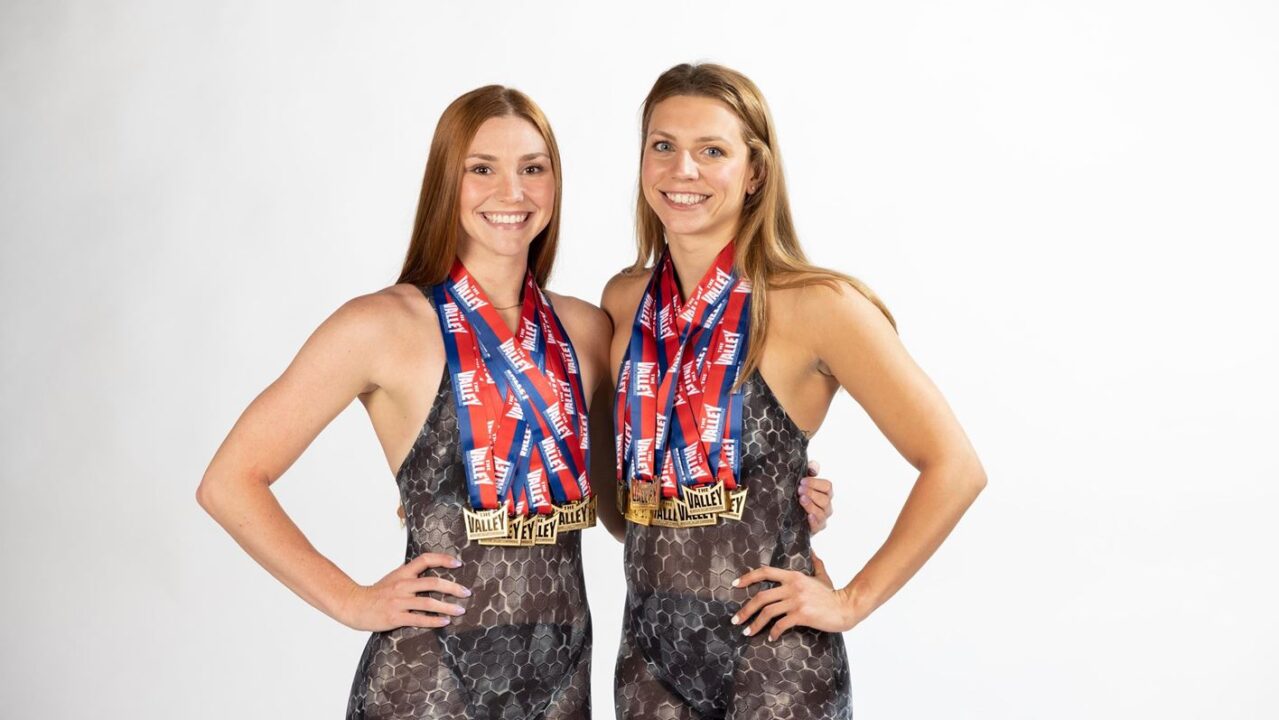 In the Missouri Valley Conference Championships this past April, the duo led the Bears to their fifth-straight title. Current photo via Missouri State Athletics

SPRINGFIELD – The Missouri State women’s swimming and diving team is returning two of its most decorated swimmers as seniors Libby Howell and Anna Miller will be back in 2021-22, head coach Dave Collins announced Monday.

In the Missouri Valley Conference Championships this past April, the duo led the Bears to their fifth-straight title which was the 18th in the last 20 years for Missouri State. Together Howell and Miller have combined for an astounding 43 MVC gold medals during their four-year careers with Howell collecting 23 gold medals and Miller collecting 20.

“I’m really excited to be able to compete for Missouri State for another year,” Miller said. “For me, this upcoming season is an opportunity to accomplish the things that I wasn’t able to this year due to covid. I am looking forward to having one more season with my teammates, and I cannot wait to see what next year brings.”

“Anna is a true student-athlete and wonderful ambassador for Missouri State University and our program,” Collins added. “To have her decide to return for a fifth year of eligibility says a lot about what this experience means to her. Coming off the strongest season of her career shows that she is not slowing down and has more she wants to accomplish and I know I was not ready to be done coaching Anna that’s for sure.”

Howell was dominant at the MVC Championships where she won the 500 freestyle, 200 freestyle and 1650 freestyle. With the three individual wins, Howell became the only swimmer in MVC history to go a perfect 12-for-12 in individual events. The Bixby, Okla., product made her presence known in the relays as well, leading MSU to three wins (400 freestyle, 800 freestyle, 400 medley).

“I’m excited to have the opportunity to swim for Missouri State for a fifth season,” Howell remarked. “I made this decision because I felt I still have some goals I would like to achieve and continue doing what I love. “I am really looking forward to the next year and what it will bring.”

“I am thrilled that Libby is planning to return to compete next season,” associate head coach Chelsea-Dirks Ham stated. “She is an irreplaceable athlete and has been such a special contributor to our program. She has fully trusted the process each step of the way and I am looking forward to seeing what barriers she will break next year.”

Howell currently holds two school records in the 200 freestyle and the 1,650 freestyle. She also posted times which would have qualified for this year’s NCAA Championships in the 500 freestyle (4:44.47).

For all the latest information on the Missouri State swimming and diving team, visit missouristatebears.com or follow @MoStateSwim on Twitter.