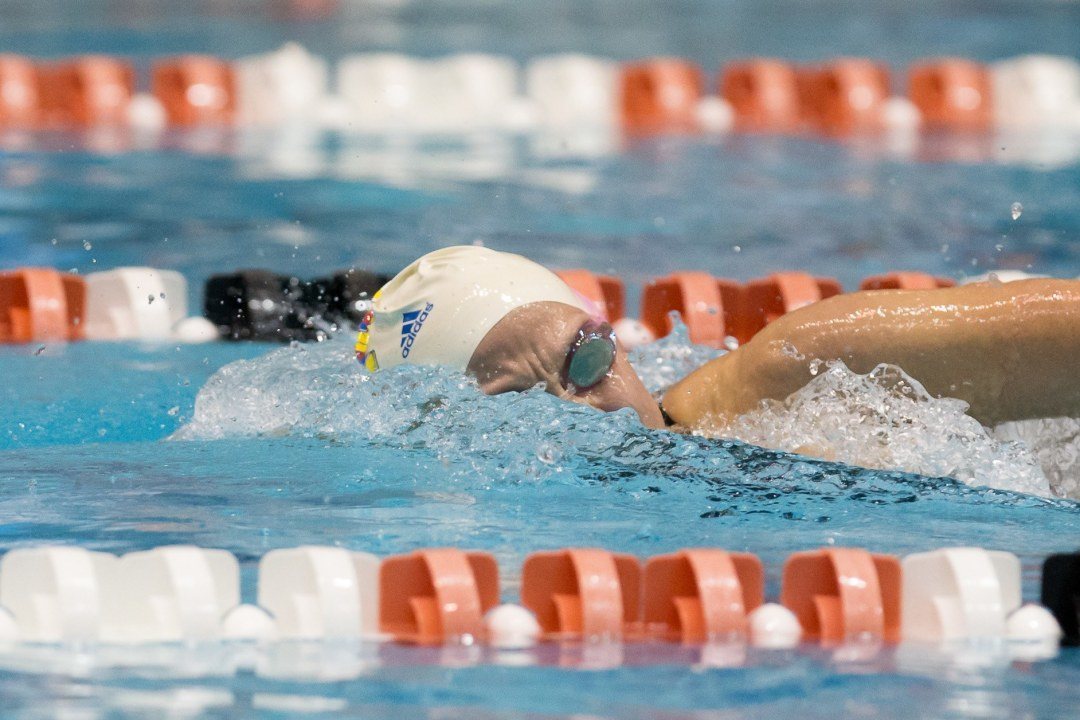 Kansas' Chelsie Miller was named the Big 12 women's swimmer of the week for her performances at the Kansas Classic. Archive photo via Tim Binning/TheSwimPictures.com

Four Swimming and Diving student-athletes were recognized with the second swimming and diving weekly awards of the 2014-15 season. West Virginia’s Andrew Marsh was honored as the men’s swimming award while Mark Anderson of UT claimed his second diving honor of the season. On the women’s side, Chelsie Miller of Kansas was awarded the swimming accolade, while Emma Ivory-Ganja of Texas was awarded the diving honor.

Men’s Swimmer of the Week
Andrew Marsh, West Virginia , Fr., Fountain Valley, Calif.
Marsh recorded five top-5 finishes in seven outings. The freshman recorded two first place finishes including a 47:49 100 fly and a combined 6:39.79 in the 800 free relay. He also recorded a second place finish in the 100 back with a time of 47.05.

Women’s Swimmer of the Week
Chelsie Miller, Kansas, Jr., Houston, Texas
Kansas swimmer Chelsie Miller ran her 500-yard freestyle winning streak to six meets when she turned in an in-season, personal best 4:55.16 in the finals of the Kansas Classic one of four events won as an individual during the three-day meet at Topeka’s Capitol Federal Natatorium. Additionally, Miller helped the Kansas ‘A’ Relay set a new meet record (7:30.62) in the 800-yard freestyle relay. Last year’s swimmer of the meet at the Big 12 Championships, Miller has two times among the nation’s top-100, including the 1000-yard freestyle (10:09.75) and 400-yard individual medley (4:21.90).

Men’s Diver of the Week
Mark Anderson, Texas, So., Mission Viejo, Calif.
Anderson won the 11-diver men’s platform final with 441.75 points at the UT Diving Invite and outdistanced his nearest competitor by over 15 points. He also placed second on the one-meter board (394.05), only five points behind teammate Cory Bowersox, at the UT Diving Invite.

The above is a press release written by the Big 12 communications staff.