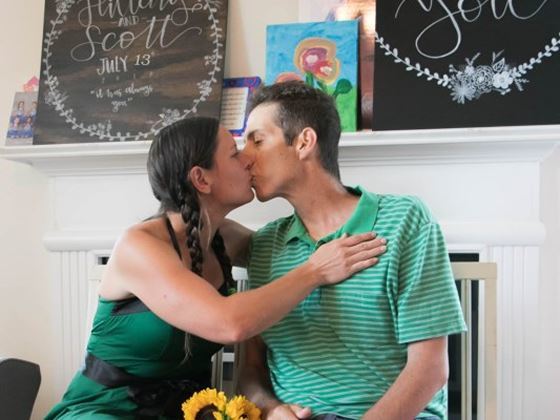 Former West Chester University assistant coach and Golden Ram Aquatics head coach Scott Elliott passed away on Sunday, July 16th, after a battle with cancer. He was diagnosed in late 2016

Elliott’s coaching career was bedazzled with success. With Golden Ram Aquatics, he coached a Junior National Champion in 2010. During his tenure at West Chester the men’s team won 19 consecutive PSAC conference championships and the women’s team won 11 straight (14 overall). With West Chester, he coached primarily the breaststroke and IM groups, which included two conference record holders.

As an athlete, Elliott swam and played water polo at the famed Germantown Academy. He was an All-American water polo player there and went on to be named All-ACC as a freshman at Maryland before transferring to West Chester. As an athlete at West Chester, he was a three-time All-American and still holds the school record for the fastest breaststroke split (24.8) on a medley relay.

Days before his passing, on July 13th, Elliott married his long-time romantic partner Hillary. Besides his wife, Elliott is survived by his two children.

In lieu of flowers, contributions can be made to The Scott Elliott Scholarship Fund, c/o TD Bank, 701 E. Market St., West Chester, PA 19380. Donations are also being accepted via a YouCaring page to help support his final expenses and the ongoing maintenance of his family.

Heartbreaking, just heartbreaking. Thoughts and prayers to Hilary, his family, and the entire West Chester community.

Scott was an extraordinary coach, but more importantly, he was an extraordinary man. The life lessons he imparted to his swimmers will never be forgotten. His legacy is strong and even though he did not have length of life, he had a lot of life in those years. His impact on the swimming community in West Chester is immeasurable. We were all blessed having him in our lives. We will always #findaway and be #scottstrong.