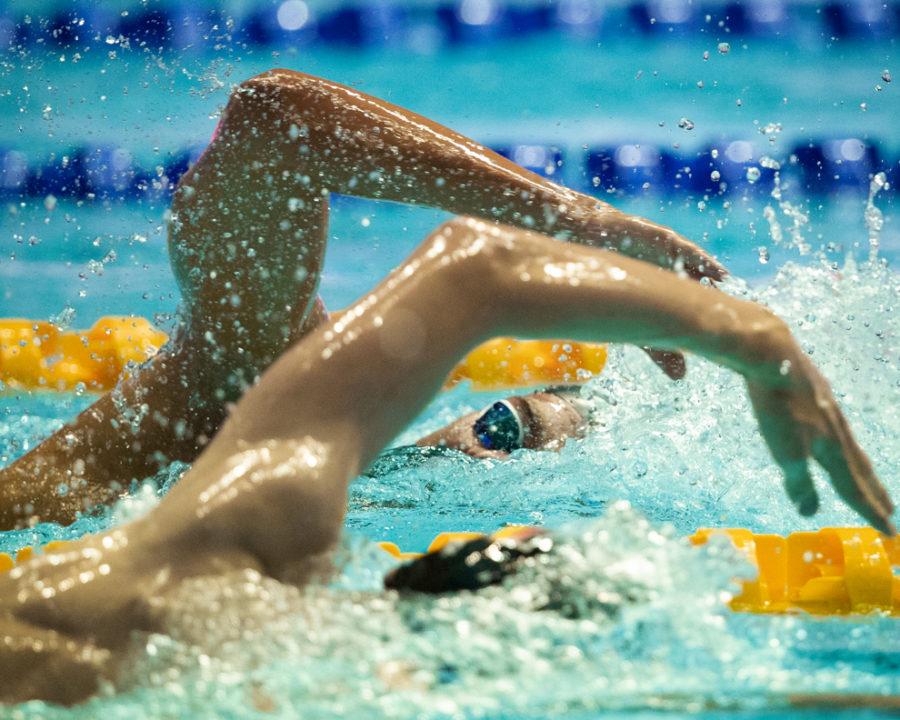 Two-time World Champion Florian Wellbrock already notched the 3rd fastest 1500m freestyle time of his career on night 1 of these German Short Course National Championships. However, on the penultimate evening, the 22-year-old dynamo took things to a new level to clock a national record in the 800m free.

In the first race of the session, Wellbrock raced his way to 800m free gold in a time of 7:32.04. That outing not only represents Wellbrock’s lifetime best, obliterating his previous PB of 7:40.58 from 2 years ago, but it also overtakes Florian Vogel‘s German standard of 7:33.44 that’s been on the books since 2015.

As a bonus for German fans, 17-year-old Sven Schwarz of Hanover put up the fastest time of his young career as well in tonight’s race, logging a mark of 7:36.00. That gave him the silver in a new German Age Record, crushing his previous PB of 7:40.60.

Wellbrock’s effort tonight checks the German in as 6th fastest SCM 800m performer all-time, while Schwarz enters the list at slot #12 at just 17 years of age. Splits for the men’s race tonight is below:

I’d love to see Wellbrock take down the 1500 WR at Tokyo.