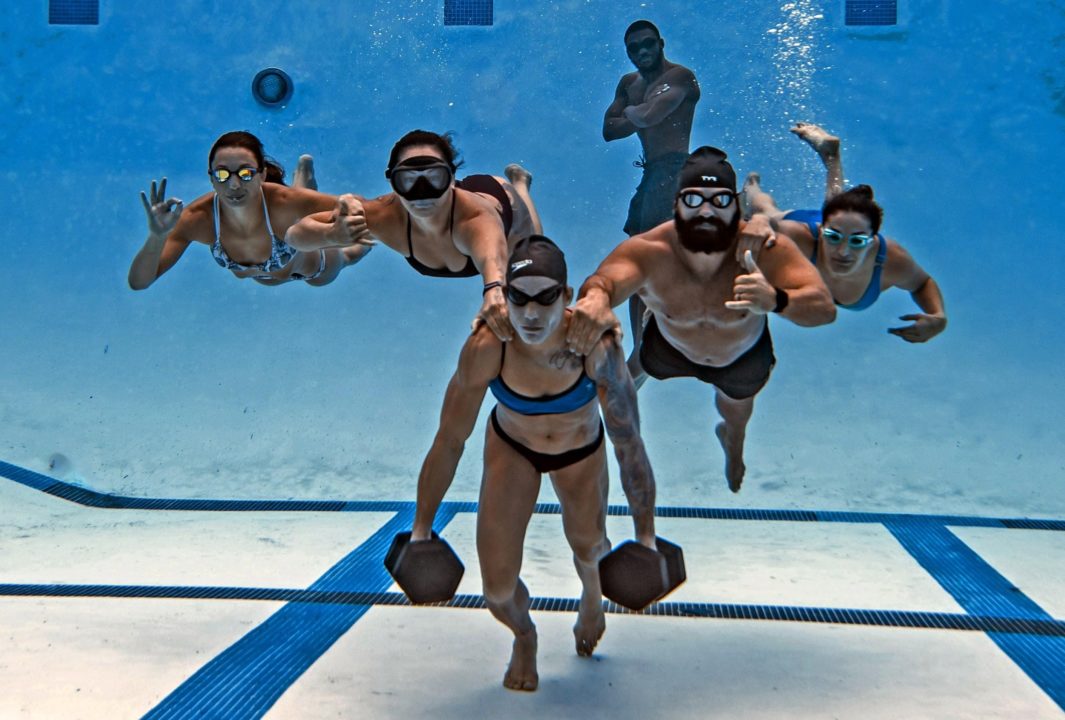 What separates Deep End Fitness and makes it an innovative workout experience is its focus on positive reinforcements and its core principles. Current photo via Deep End Fitness

Those are the four words the Underwater Torpedo League and Deep End Fitness were founded on in 2017 when former military special forces members and water survival instructors Prime Hall and Don Tran created their league and workout program to help build water confidence and create a positive shift within their Southern California community. And it’s worked. Since its inception, they’ve worked with 100s of local athletes, NFL All-Pros, UFC Champions, Netflix stars and even Olympic Swimmers. Due to the rapid success of the program, you may see these workouts at pool by you very as soon as both the Underwater Torpedo League and Deep End Fitness are actively seeking to expand across the United States to Northern California, Las Vegas, Dallas, Miami and New York City. One of the biggest fans of what Prime and Don are building is Team Elite Aquatics Head Coach, David Marsh.

“Aquatic sports are among the most inclusive and healthiest activities possible. Prime’s vision of an athletic yet safe aquatic competition has the potential to one day be an Olympic sport!”

What separates Deep End Fitness and makes it an innovative workout experience is its focus on positive reinforcements and its core principles – which include BSAFE and FREE. BSAFE represents Buddy System, Slow and Easy Movements, Apply Natural Buoyancy, Full Lung Inflation and Extreme Relaxation while FREE stands for Mental Focus, On Demand Relaxation, Economy of Motion and Efficient Breathing. All activities follow those core values.

And now, Deep End Fitness is taking its effective methods and making them available for everyone through the Deep End Fitness Exercise Portal. The portal currently consists of 6, month-long programs for all different skill levels including: Off the Streets, Power Endurance, Strength & Conditioning and also has sport specific programs such as UTL prep, MMA 30 day program and a military prep program. In the upcoming weeks, programs for surfers, triathletes and Brazilian Jiu Jitsu will be released.

“Deep End Fitness has been a fundamental key, and a high level training system that integrates perfectly into my MMA training regimen. I could not ask for a higher quality of mental fortitude, breathing control and overall maximum lung capacity upskill, which is paramount in the fighting arena. I am grateful to be indoctrinated into a world class initiative that is suitable to fulfill all athletic role or task at a high caliber.”