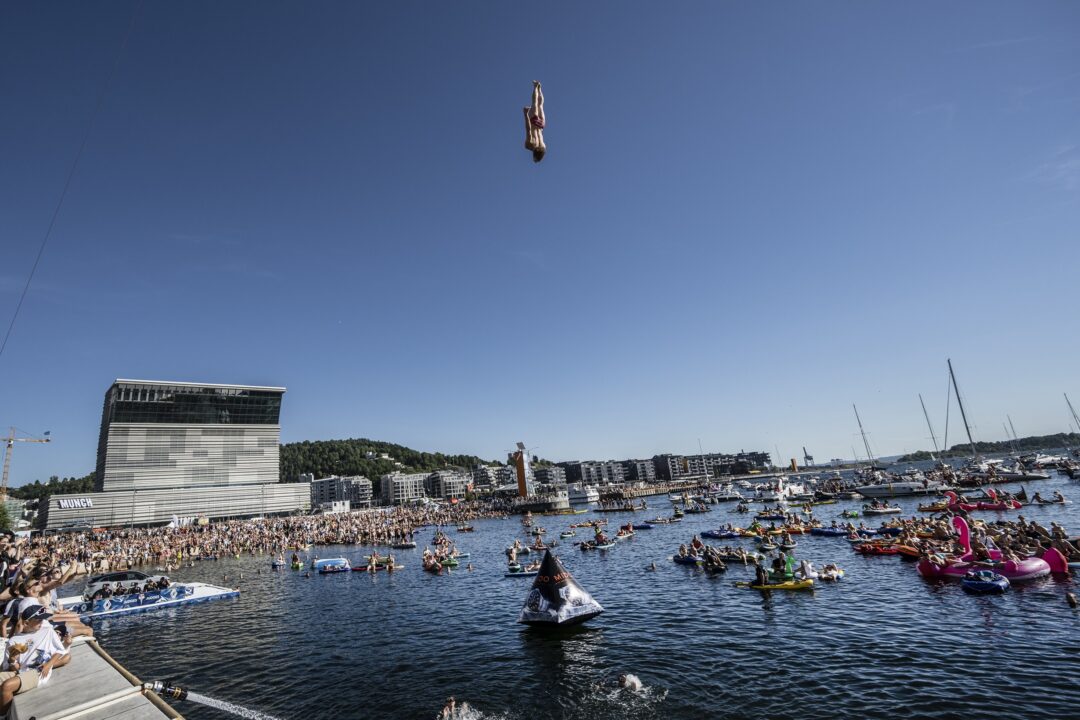 The fourth stop of the 2022 Red Bull Cliff Diving World Series wrapped up over the weekend in Oslo, Norway, with the competition marking the conclusion of the first half of the season. A total of 55,000 spectators witnessed the world’s best jumping off the opera house in the Norwegian capital.

In the women’s category, it is the reigning world champ, Rhiannan Iffland (AUS) taking another win, her third consecutive now this season. Second her biggest rival Molly Carlson (CAN) and on third a new face on the podium, Meili Carpenter (USA).

The men’s category is as thrilling as it has ever been before – Oslo saw the fourth winner of the season in as many competitions. Today it is the legend Gary Hunt (FRA) taking home the win, second was Alessandro de Rose, and in third, Aidan Heslop (GBR).

Rhiannan is an absolute legend.

talk about being badass!