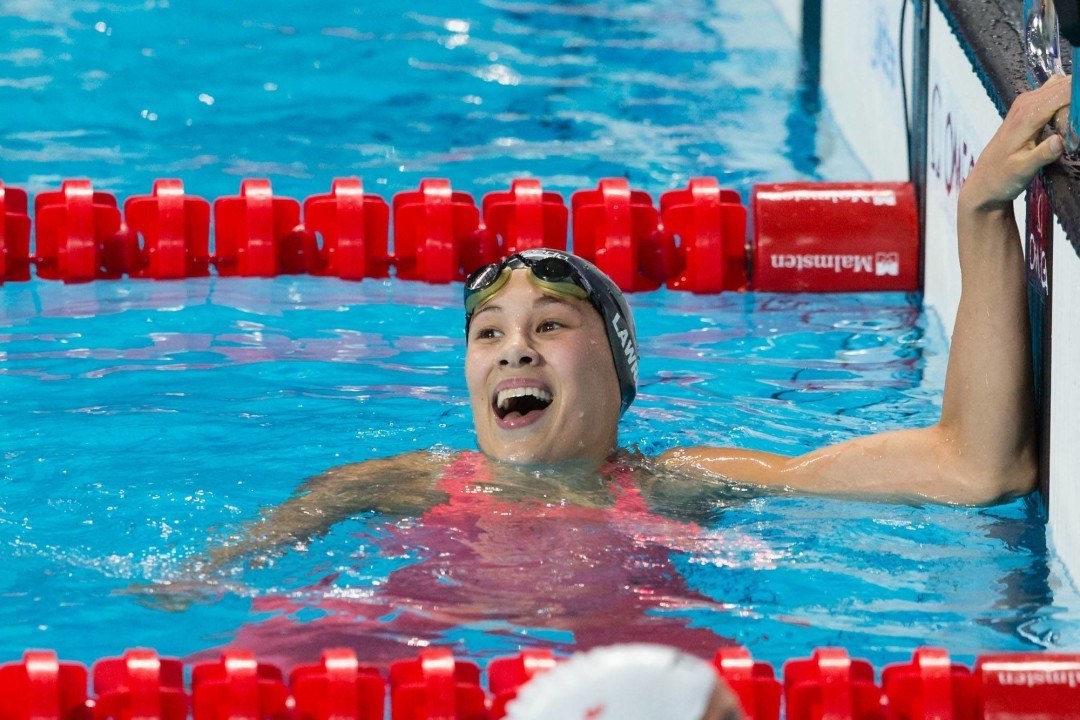 2012 U.S. Olympian Micah Lawrence and Austin Sumrall were married on January 27th, 2017, and videographer Gina Palombit of Lemon Light Productions has put together a highlight reel of the day’s events (forgive me – I’m a sportswriter – that’s about as romantic as I can get).

The pair were wedded in an outdo0r ceremony at the Memory Lane Event Center in Austin, Texas 5 weeks ago. Lawrence was born in Las Cruces, New Mexico but grew up in Pflugerville, Texas – a suburb of Austin.

Lawrence finished 6th at the 2012 Olympic Games in the 200 meter breaststroke, and her new husband Sumrall swam collegiately for the NCAA Division 2 National Champions Queens University in Charlotte. After finishing her career at Auburn, Lawrence moved to live and train in Charlotte with SwimMAC Carolina, which is where the two met.

As for the video’s creator, Palombit, she’s earning quite a reputation in swimming – she also made the wedding video for former University of Texas swimmers Michael McBroom and Becca Tomlin.

Wishing them a lifetime of peace, health and happiness. What a beautiful wedding!

How nice of Micah to share her wedding video with all of her fans! I’m a sucker for happy endings, so I really loved it. I’m not going to lie, it was a big disappointment for me that Micah didn’t make the 2016 Olympic Team, especially because the 200 breast turned out to be the only swimming race in which the US wasn’t very competitive. Maybe her destiny wasn’t to win an Olympic medal herself but to raise a future US Olympian? Anyway, I hope Micah and Austin will have a long and happy life together! 🙂

This was really cool to be given insight into such a special moment. I’d love to see an interview with Micah regarding her life and experiences since Trials. Of all the surprises that went down in Omaha, Micah not making the team definitely tops my list. I was especially surprised with how little recognition it received considering her trajectory from making it in 2012, to being a bronze and silver medalist in 2013 and 2015. It seems she’s got some wonderful things happening in her life regardless! A reflection and catch up on everything that’s gone over the past year would be great for those of us who truly appreciated Micah as an athlete and humble human being.