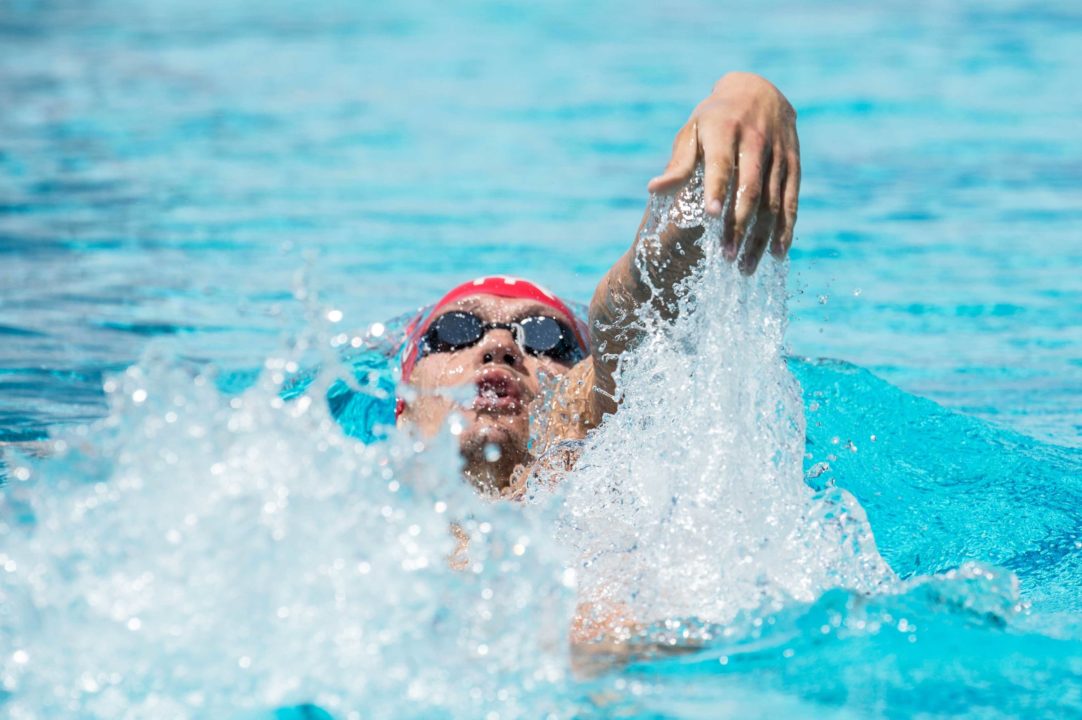 Arkady Vyatchanin dominates at the Serbian Grand Prix in Zrenjanin, Serbia over the weekend

Zrenjanin, Serbia – The Serbian Grand Prix – Zrenjanin Cup, organized by the Swimming Federation of Serbia and swimming club “Proleter”, concluded yesterday after four days’ worth of racing.  A total of 387 athletes across 61 clubs attended the short course meters competition, including swimmers from Turkey, Serbia, Slovenia, Italy, Greece, Hungary, Croatia, and others.  For Russian-born, Florida, U.S.-based backstroker, Arkady Vyatchanin, the Serbian Grand Prix was a productive stop on his way to the  “International Swimmeeting South Tyrol” in Bolzano, Italy, which is being held on November 8th and 9th.

Representing the New York Athletic Club (NYAC) while in Serbia, Vyatchanin competed in the 50, 100, and 200 backstroke, the 100 butterfly, as well as the 100 and 200 freestyle events over the course of the competition.  Although Vyatchanin’s unsuited freestyle times weren’t exactly on fire (50.52 in semi-final of 100m free; 1:51.79 in semi-final of 200m free), he did light up the small meet in his butterfly and backstroke performances.  He opted to suit up for each of these four Finals, sweeping the backstroke distances, while earning second place in the 100m butterfly:

For his part, Vyatchanin said, “I was hoping to be a bit faster, especially on the 200 back, but it was on the first day, almost right after a pretty long trip and only one good training day.  So, it’s alright for the first SCM meet in almost 4 years, but I was expecting a bit more.”

Already looking ahead to Bolzano, Vyatchanin indicated that he’s “most looking forward to improving his 50 and 100 backstroke times, as well as just have a great time racing.”  A “great time racing” seems inevitable at the Bolzano meet, as he’ll be on deck with the likes of Americans Natalie Coughlin, Ryan Lochte, Adam Mania, Cullen Jones, and Amanda Weir, all scheduled to be in attendance.  Italian star, Fabio Scozzoli, is also still scheduled to compete, after a long absence due to ACL injury.  At the Italian meet, Vyatchanin is slated to swim the 50 and 100 backstrokes, as well as the 100 Individual Medley.

Of course, one cannot discuss Arkady Vyatchanin without wanting to know about his status on the “what country will he represent?” front.  On this subject, Vyatchanin would simply state that he “can’t go into details, but the process [of finding a country] is ongoing.  Hopefully, I’ll get to say more about this in the near future.”  He did clarify that, “[although] funding is an important aspect, I mainly just want to have an opportunity to swim internationally.”