Vyatchanin Back in Action at Serbian Grand Prix 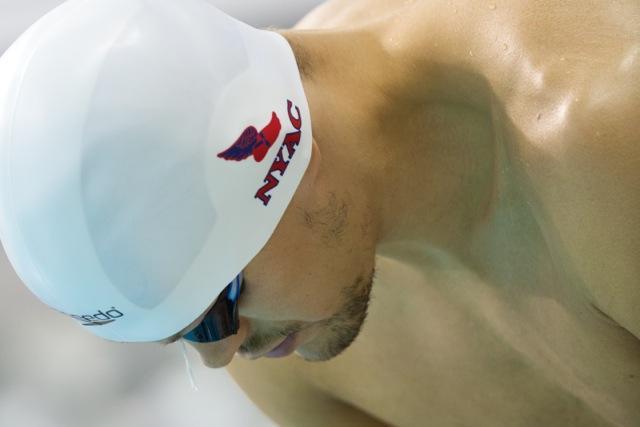 Vyatchanin Back in Action at Serbian Grand Prix

Zrenjanin, Serbia – One of the most dominant backstrokers of the last decade is set to return to the competitive swimming scene in two back-to-back meets over the next few weeks.  Russian-born Arkady Vyatchanin has just announced he is set to swim at the “Serbian Grand Prix”, which is taking place in Zrenjanin, Serbia on October 30th through November 2nd.  Immediately afterwards, he’ll move on to the “International Swimmeeting South Tyrol” in Bolzano, Italy, which is being held on November 8th and 9th.

According to the meet’s site, the “Serbian Grand Prix – Zrenjanin Cup” is organized by the Swimming Federation of Serbia and swimming club “Proleter”.  The competition will run over four days, and over 50 clubs are expected to attend from USA, Greece, Turkey, Italy, Slovenia, Croatia, Bosnia, Hungary, and others.  As for the Bolzano meet, the event is certainly more established, entering its 18th year of being held as a destination meet for top International athletes.  This year is no exception, with the likes of Americans Natalie Coughlin, Ryan Lochte, Adam Mania, Cullen Jones, and Amanda Weir scheduled to be in attendance.  Italian star. Fabio Scozzoli, is also scheduled to compete, after a long absence due to ACL injury.

Although the status of Vyatchanin’s official country affiliation is still yet to be determined, he is grinding away at his training at the Gator Swim Club, under the direction of Coach Gregg Troy.  At 30 years old, Vyatchanin is still at the height of his career and considered one of the best swimmers in the world.  After winning Olympic Bronze in 2008 in the 100 and 200 Backstrokes in Beijing, he moved on to clock amazingly fast times and be considered the Fastest European in the 200 backstroke in 2013.  Throughout 2014, Vyatchanin went on an absolute tear while competing in the Arena Grand Prix Series in the United States.  He ended up going 8 for 8 in the backstroke events in the final four Arena Grand Prix stops, which culminated in a commanding performance at the Santa Clara Grand Prix in Santa Clara, California.  At that event, Vyatchanin clocked a 54.34 in the 100m Backstroke, beating out the likes of Americans Matt Grevers and Eugene Godsoe, in addition to his Gator teammate, New Zealander, Corey Main.  The 6’8’’ backstroker’s 200m Backstroke time of 1:55.30 earned him the win over American 2012 Olympic Gold Medalist Tyler Clary, and rising American newcomers, Connor Green and Corey Okubo.

As for his reasons for adding the “Serbian Grand Prix” to his upcoming travels, Vyatchanin says, “It was another meet I was invited to and it fit well into my training and meet schedule.  This [and Bolzano] will be a couple of good first meets to start the season.”  As to what he is especially looking forward to, Vyatchanin indicated that  “In Serbia, I’ll have a chance to swim the 200 Backstroke.  I’ve wanted to do it for a long time now.  I’m not in a great shape, but will still swim pretty fast.”  In assessing where he is currently at in his training, Vyatchanin describes himself as “getting back into shape, slowly but surely.”  To put that shape to the test, he is scheduled to swim the following events:

The Serbian Grand Prix Results should be available here:  http://pkproleter.org/e-kalendar.php immediately following the competition.  According to Italian event’s site (http://www.meetingbz.it/?l=en), the Final sessions of both days of competition at the Swimmeeting South Tyrol can be seen LIVE via live stream by visiting the organizer website www.meetingbz.it or www.liveye.it.

Got a chance to see him at a Grand Prix event this year-really exciting to watch and I’ve become a fan! Thanks SwimSwam for bringing these international meets to our attention.

He sent a letter to Slovak swimming federation couple of weeks ago, asking whether he could represent Slovak republic. It would be awesome if it could be arranged, although it’s not like we have some wealthy federation that could offer equivalent kind of support as some bigger nations.

He has the training and coaching to bring him back to the podium in Kazan and Rio. Now he just needs a country to represent.