Vollmer and Lochte Scratch 50 Fly, Beisel Out of 200 Free 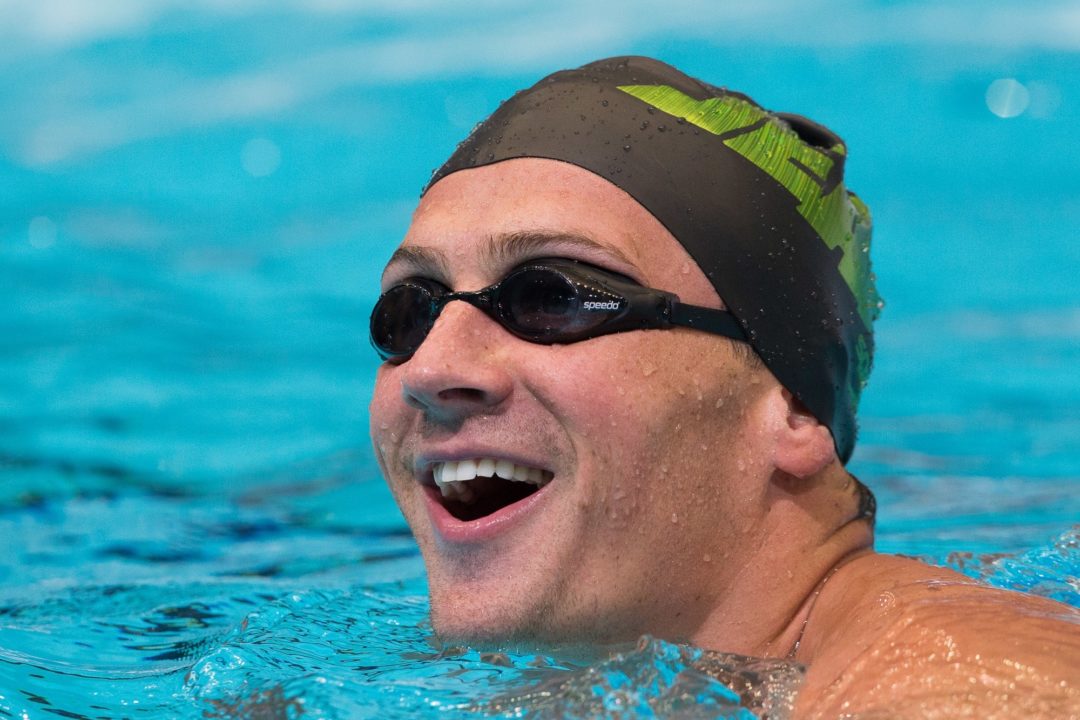 There weren’t too many scratches for tomorrow’s preliminary session of the 2013 World Championship Trials and US National Championship, but some did come as a surprise.

The biggest surprises (or are they surprises?) came in the 50 m butterfly in both the men’s and women’s events.

First seed Dana Vollmer will not be swimming this event tomorrow. Vollmer is later seeded first in the 100 butterfly, a spot that’s almost 3-seconds ahead of the second place time. The 100 butterfly is on day 3 (Thursday), so it’s possible that Vollmer will be saving her energy for that race. With the day off, she’ll have plenty of time to mentally prepare the way she needs to. With Vollmer out of the race, the 50 fly could be an exciting one to watch.

Ryan Lochte, who was scheduled to be swimming 11 events at this meet, will be scratching this event as well. Lochte was seeded second behind Tyler McGill. He will be competing in the 200 Backstroke and 200 Freestyle (he’s seeded first by a full second). For now, this is the only event that he is planning on scratching.

The 200 freestyle on both ends brings some well-known names as well.

Elizabeth Beisel, who was seeded 16th in this event for tomorrow, has also decided to scratch. She also scratched the 200 butterfly for this evening’s set of finals, where she would’ve been seeded 6th. It seems as if she’s saving her main energy on her later events, like the 200 backstroke where she’s seeded 2nd behind Missy Franklin.

On the men’s side, Garrett Weber-Gale, who was seeded 21st, will be scratching this event. Weber-Gale scratched his 100 freestyle swim as well.  Though there’s no real indication that he is scratching from the whole meet, this does raise some questions as to what’s going on. As mentioned in a previous post, though, he has stated publicly that he will be focusing on the Maccabiah Games.

Like Weber-Gale, Harvard’s Christopher Satterthwaite had also scratched the 100 freestyle, and will scratch the 200 tomorrow as well. He was seeded 36th.

Maya Dirado, the 12th seed in the women’s 200 backstroke, has decided to scratch this event as well. She’s been progressing so well in the 200 backstroke, and after her swims at the Speedo Grand Challenge, she was in line to be a major one to keep our eyes on this year at trials. There’s a good chance that she’s saving her power for Thursday’s 400 IM, where she’s seeded 4th. She WILL be competing in the 200 freestyle tomorrow, though, and is seeded 21st.

Sven Campbell, the 18-year-old from Orinda Aquatics, will also scratch this event. Campbell was seeded 18th in this event, and is scheduled to later swim the 50 backstroke, 100 backstroke, and 50 freestyle.

I’m a little surprised about Vollmer; I thought the 50 fly was her best shot given that her 100 fly has been shaky this season with her reduced training.

She knows she isn’t at the same level as last year so she keeps all her energy for the 100 fly. A smart decision.

Very smart decisions for Miss Beisel and Miss DiRado too.
Elizabeth is focused only on the 200 back and she must secretly hope that Miss Pelton will be killed by her 200 free just before. She had nothing to win in the 200 free.
For Maya the 200 free is just another opportunity to swim without pressure in an off-event for her. It has been very successful in the 200 fly, why not in the 200 free for at least a final too? She’s already on fire before her best race, the 400 IM.

Donahue will win the 50 fly now.