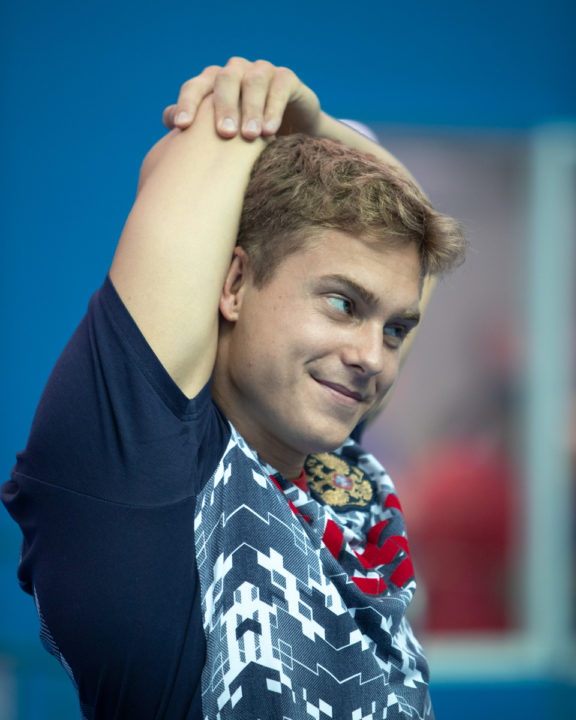 After racing at every stop of this year's World Cup Series, Vlad Morozov had no problem admitting he 'wasn't fresh' during his final few races in Doha. Archive photo via “Rafael/Domeyko Photography”

The 2019 FINA World Cup Series wrapped up over the weekend as action concluded at the final stop in Doha, Qatar.

Look for a post specifically breaking down how Vlad Morozov of Russia and Cate Campbell of Australia accumulated enough points to earn the overall World Cup titles, but, in the meantime, hear from some of the stars on how their final stop shook out.

South Africa’s Chad Le Clos was missing from the bulk of this year’s circuit due to his racing as part of Team Energy Standard in the International Swimming League (ISL). However, the multi-Olympic medalist made his presence known in Doha, taking the gold medal in both the 100m and 200m butterfly events.

Specific to his 100m fly, Le Clos said, “I was a little nervous for tonight. On Monday, I did 15.7 kilometers quality work. The first time I’ve done that in a long time.”

Le Clos said after his 200m free, “I knew it was going to be hard to win because Danas is in great form. After 1: 25, I was completely dead. I was hurting so much. But I’m happy. It was a great environment to race in.”

Morozov mastered the art of going 7-for-7 across several events, but the men’s 100m free wasn’t one of them. Morozov lost out to teammate Vladislav Grinev at their home nation stop of Kazan, where Grinev broke Morozov’s World Cup Record in a winning time of 47.78.

Here in Doha, however, Morozov cleared the 100m free field easily in a time of 48.50 to claim his 20th gold medal this World Cup season. Morozov said of his race, “I’m definitely happy [Grinev isn’t here in Doha] because he would have beat me. I’m far away from being fresh.”

Finally, through her speedy efforts across the 50m fly, 50m free and 100m free throughout the series, Aussie Campbell pulled off the overall World Cup win, capped by her 100m free time of 52.61.

All quotes courtesy of FINA.