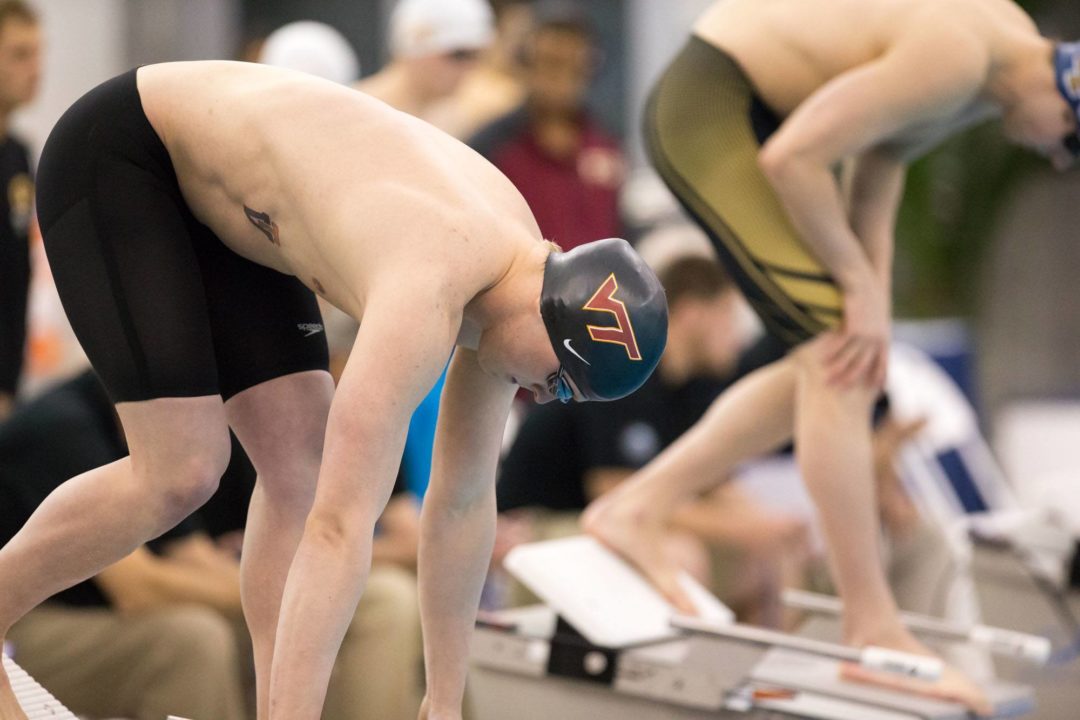 In this video set to Fall Out Boy's "Centuries," we see the Hokie squad in and out of the pool having a good time in Minneapolis. Archive photo via Tim Binning/TheSwimPictures.com

The Virginia Tech Hokies took a small but formidable force to the 2016 US Open which wrapped up Sunday at the University of Minnesota.  In this video set to Fall Out Boy’s “Centuries,” we see the Hokie squad in and out of the pool having a good time in Minneapolis.

The video chronicles the Hokies’ adventures at the U.S. Open, from when the plane touches down in Minneapolis until the conclusion of the meet.  After picking up some hardware at the meet, the team enjoys some carnival rides at the Mall of America, and thankfully no one loses their lunch!  The team also shows off their dancing skills, or, should we say… efforts, while at the mall shopping and on the pool deck.

The U.S. Open has seen a large contingent of swimmers that competed at US Olympic Trials but that did not make the Olympic team.  At the U.S. Open, the H20kie men finished 26th overall in the team standings, while the H20kie women finished 33rd overall.

Josh Huger is so good looking, I’d swim for him any day of the week and twice on Sunday.