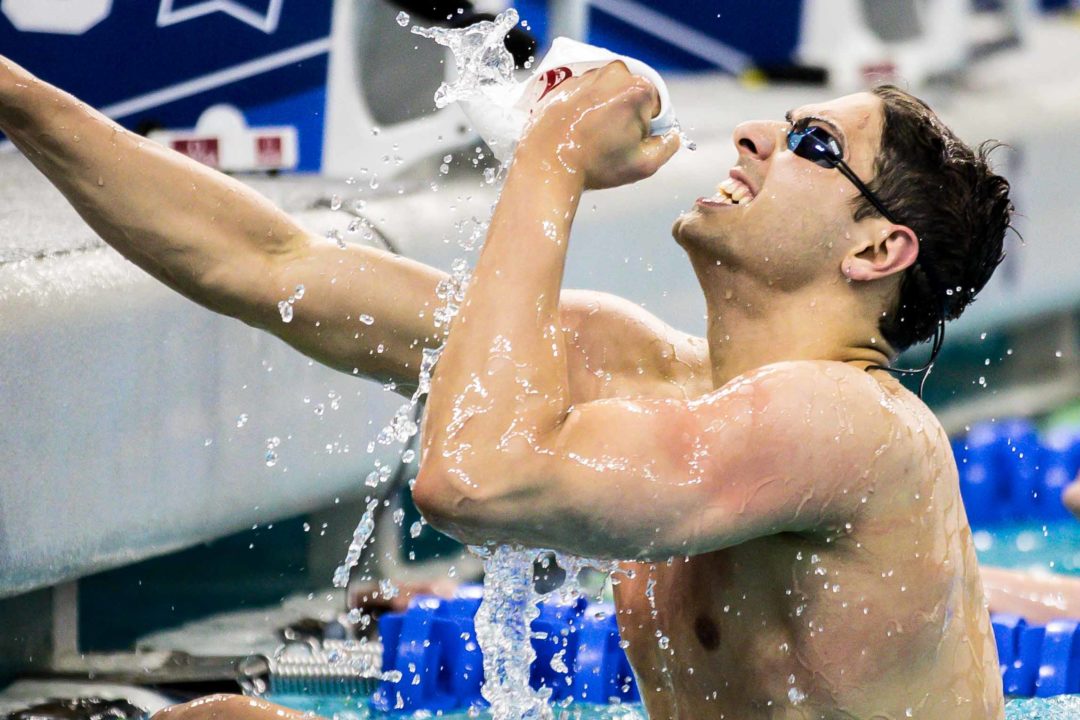 Lanza says he spoke with London head coach Mel Marshall during the season wanting to take on butterfly and IM responsibilities, and it's paid off Current photo via Jack Spitser/Spitser Photography

Wang has been a high-impact pickup for the Condor men. This is his second time under 1:51 this season, and Wang hasn’t been slower than 1:51.3 in his three ISL 200 flys. The world junior record-holder won here by a tenth over Tokyo’s Honda. Those two sit #4 and #5 in league ranks for the year.

In a disappointment for London, the #3-ranked swimmer, Vini Lanza, fell behind those two. Lanza was seven-tenths off his season-best. Though he led early, he lost ground in the final 100 as London has continued to miss opportunities for momentum after Anderson’s big 100 free win.

However, Cali did take 8th, with Bentz getting jackpotted by his own teammate. So London will actually match Cali with 10 points in this event. Tokyo were the real winners, scoring 12.