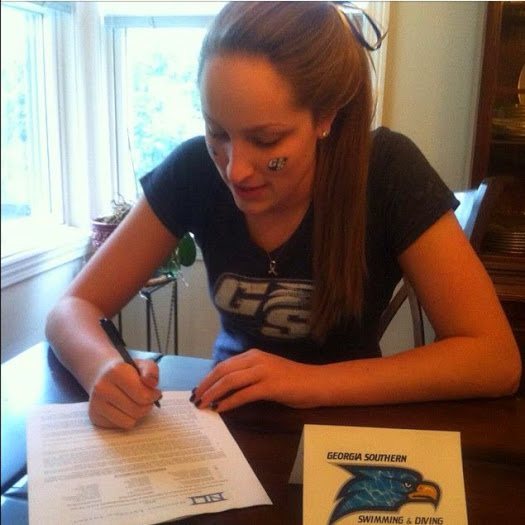 Mykala Arnold has signed an NLI to swim with the Georgia Southern Eagles beginning with the 2015-16 season. Arnold is from Bloomfield Hills, Michigan and attends Seaholm High School.

She also swims for Motor City Aquatics where her best events are:

Arnold will be a versatile addition to the Eagles’ squad. She should be able to fill in just about anywhere –and score– at conference. At the 2014 CCSA championships, her 100 fly time would have made Arnold the top Eagle in the A-final, while her 200 IM and 100 back would have been right at the A/B-final cutoff. She also would have scored with her 100 free and 200 free in the B-final.