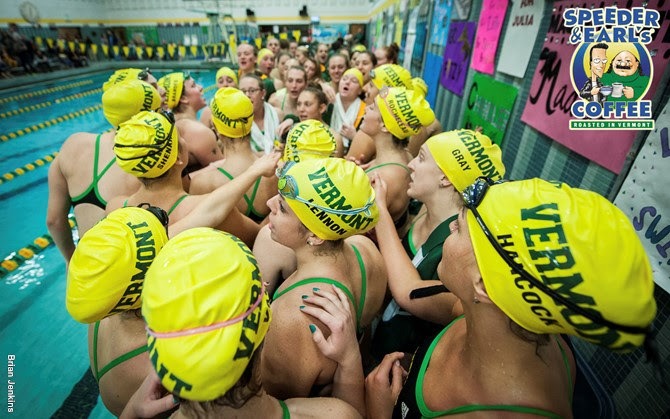 The women's swimming & diving program is one of 3 that will see a scholarship reduction next season. The school says all sports saw reductions in their operating budgets. Archive photo via Vermont Athletics

NCAA Division I School the University of Vermont has announced a cutback in athletics scholarships in 3 programs, including the women’s swimming & diving program. Between that, the men’s and women’s cross country program, and the men’s and women’s track & field program, the athletics department says that it will save around $180,000 by cutting 3.5 total scholarships.

Vermont athletics director Jeff Schulman says that ‘the decision was part of a wider effort of cuts to make the department more sustainable,’ according to VTDigger. He also said that operating budgets were cut in all varsity sports, including 3 full-time positions (1 in communications, 1 in facilities, and 1 assistant coaching position).

The school is, however, moving forward with its plan to open a new $95 million athletics center. They explained that money for the facility comes from earmarked donations and restricted bonds, while scholarships come from the athletics budget, which is funded by its own revenue and the university. While the school cut several sports in the early 2000s, Schulman says the latest cuts are part of an effort to maintain the school’s 18 varsity program. The school announced this week that new athletics center will be named the Tarrant Events Center after they received a $15 million gift from Rich and Deb Tarrant – the largest capital gift in school history.

Vermont finished 3rd out of 6 teams at last season’s America East Conference Championship meet, behind New Hampshire and UMBC. Swimulator scores them as 3rd in the conference this year as well based on current season-best times.

The school does not sponsor football, and enrollment overall at the university has been falling for the last 20 years.

What a shame. The swimmers pay for poor management.

I hate when schools say they “save” the exact cost of tuition by cutting scholarships. Tuition is not the exact amount it costs to put a single student through. What they’re actually getting is an increase in revenue, as 3 students will now instead be paying fu price. This is a revenue gain, not saving.