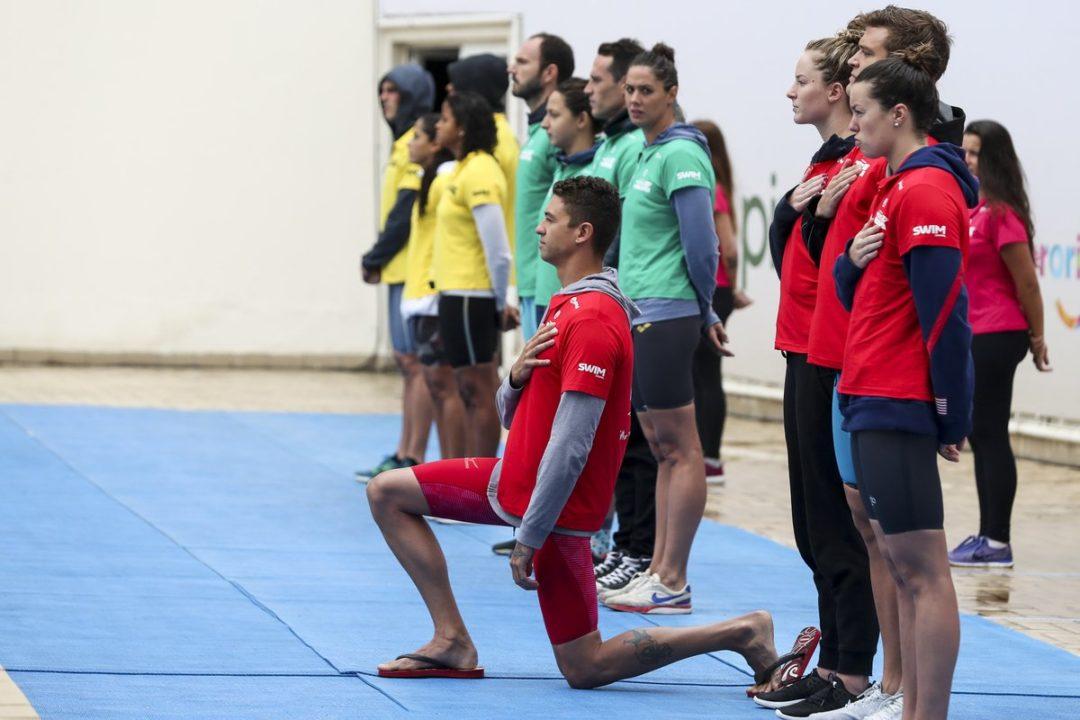 Political protests have percolated throughout sport since May, and the USOPC has released its initial guidelines for Olympic and Paralympic Trials events. Archive photo via Satiro Sodre/SS Press

Limited in scope, the USOPC’s document, titled “Participant Rules for Racial and Social Demonstrations,” will be a test for regulations in a politically-divided nation. As sports have become increasingly a pulpit for protests, debate has raged over the International Olympic Committee’s Rule 50, which says that “no kind of demonstration or political, religious or racial propaganda is permitted in any Olympic sites, venues or other areas.”

The USOPC, which has jurisdiction over all Olympic Trials events in the United States, is testing the waters with a less restrictive policy.

The USOPC will limit its rules to the venues themselves, meaning that once, for example, swimmers leave the CHI Health Center in Omaha, the restrictions are limited.

With specific focus on Racial & Social Justice Demonstration, which is expected to dominate the conversation, the USOPC says that they will allow R&S demonstration that “do not include any impermissible elements” and is aimed at “advancing racial and social justice” or “promoting the human dignity of individuals or groups that have been historically underrepresented, minoritized, or marginalized in their respective societal contexts.”

Among the specific approved demonstrations listed in the manual include:

The USOPC has listed impermissible elements, including wearing any clothing with a hate symbol or hate speech on it (the USOPC points to the list maintained by the Anti-Defemation League here, which includes 214 symbols). Among the items outlawed will be the confederate flag and the acronym “ACAB” which stands for “All Cops Are Bastards,” and is an anti-police slogan.

In general, the USOPC seems to be trying to draw a line between protesting in favor of more rights for minority or underrepresented groups, and protesting against a certain group.

One example that could be prominent, in addition to the Black Lives Matter movement in the United States, is the growing murmur over the Chinese treatment of the Uyhger minorities in China. In this example, promoting improved conditions, recognition, and rights for the Uyhger minorities in China would be acceptable, but protesting against the Chinese government would not be allowed: a subtle, but discernible, gap.

In a more sporting-specific example, jurors would have to delineate between, for example, a podium protest against an athlete convicted of doping, like we saw at the 2019 World Championships, and a protest in favor of ‘clean sport.’ In that case, an athlete’s public comments when asked about the protest may be scrutinized.

The USOPC says that punishments for violations of the rules will be proportionate to the violations and range from warnings and public apologies to removal of funding and disqualificaitons.

The USOPC acknowledges in the document that “no policy can provide specific or definitive guidance for every possible demonstration” and offers athletes two outlets to ask questions about the policy, either by reaching out to USOPC Athlete Services ([email protected]), or via the Office of the Athlete Ombuds, which is an independent body designed to represent the interests of USOPC athletes at [email protected]

The USOPC is facing scrutiny from all sides, via athletes, the public, sponsors, and even Congress, over how it approaches demonstrations by its athletes. At the 2019 Pan American Games, the organization received criticism over its handling of podium protests. In the wake of the George Floyd protests in the summer of 2020, there was perceived hypocrisy after the USOPC released a statement that said they “stand with those who demand equality and [wants] to work in pursuit of that goal” after punishing two athletes (thrower Gwen Berry and fencer Race Imboden) for the respective actions of raising a fist on the podium and kneeling on the podium when receiving medals.

After that, USOPC CEO Sarah Hirshland issued an apology and developed a committee to “challenge the rules and systems in our own organization that create barriers to progress.”

The real challenge of the rules will come at the Olympic Games this summer, where the USOPC does not have ultimate jurisdiction. If the IOC chooses to remain hardline about its rules, a rule that is unlikely to completely quell podium protests even at its strictest, the USOPC could be caught between supporting their athletes and challenging the IOC.

The IOC has not made a final decision about Rule 50 in Tokyo, but has indicated after discussions with its Athletes’ Commission (led by former Olympic gold medal winning swimmer Kirsty Coventry) that podium protests would be outlawed, but that other opportunities for athletes to express their protests would likely be offered.

The face of the woman in the picture says it all.

Maybe someone in an isolated Tibet valley follows the 8th C rituals but it ain’t The Dalai lama ! Life was short & brutal & the ribbons that flew in the wind to mark constant death & disease now adorn Californian hallways & rustic tiled patios.
Are there any native American cultures stull living their 9th century dreams? I’m particularly interested in the NC tribes that had highly devious torture traditions . Yes you killed them off when there jobs galore at GBay. If only you had preserved their culture.

I have a feeling this will become an escalating circus act with everyone trying to do something more outrageous than those who protested before them that the message will be drowned out or presented with such a negative display it will lose its power.

Good first step to get our voices heard

I understand if it’s interfering with the competition but there shouldn’t be restrictions. Also do Japanese laws affect this list?

Japanese laws have no impact on what happens in the U.S.A. at American Olympic and Paralympic Trials events.

What about when a Federation instructs their athletes not to compete against athletes from a specific country?

Most US Olympic Trials meets are closed to athletes of other nations, so I guess USOPC is instructing their athletes not to compete agianst athletes from “any” other country, right?

My mistake. I read this thinking that the IOC implemented the guidelines for all the federations not that this is specific to the US. My comments were directed to a long miserable history the IOC has had in pandering to certain countries and groups at the expense of others.

I wish we could ban all political expressions and just let the events and the athletes efforts and results speak for themselves.

Since the Olympics are run by a private organization their is no protection of free speech, they are entitled to make up their own rules to a point. That being said having the right to say something doesn’t mean you have to. 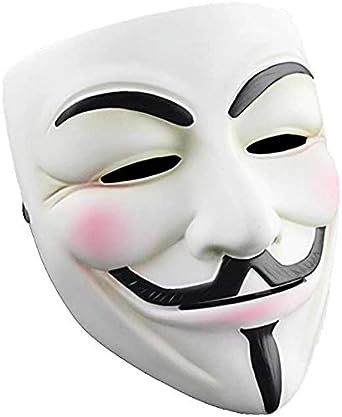