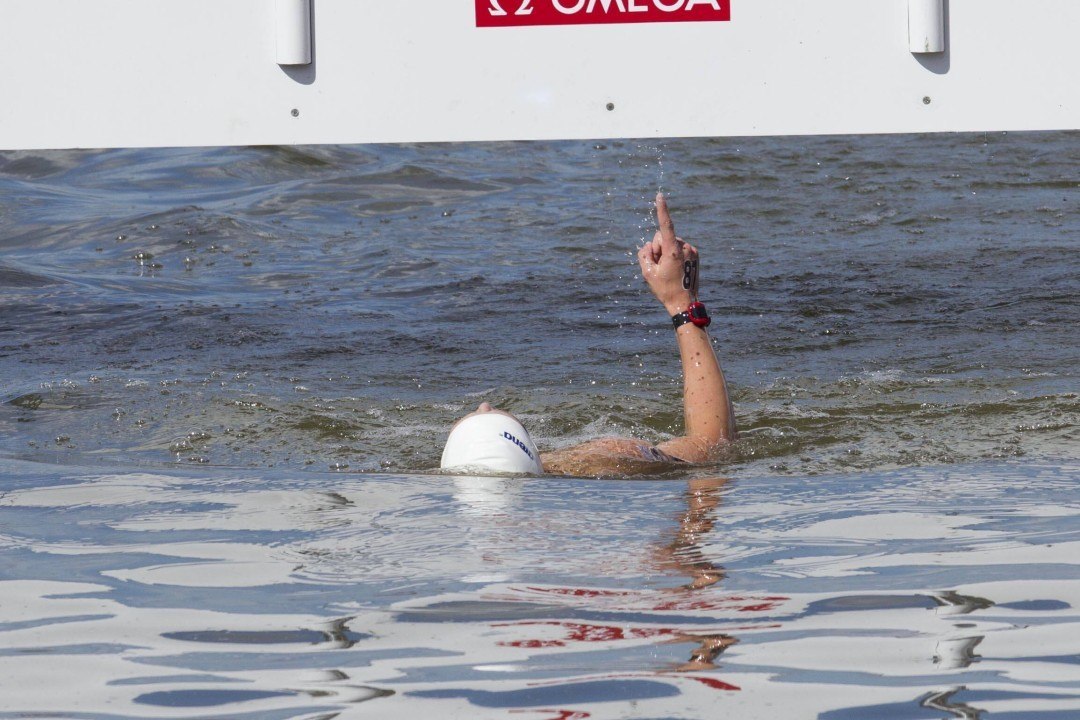 Several swimmers nabbed Wave II cuts, while the Scottsdale women and the Austin men walked as the Des Moines champions after the final day of the Spring Cup.

Mike Greenberg and Mike Golic have been bringing attention to the Rio Water Pollution crisis on their ESPN Radio talk show, Mike And Mike. During their show this morning, they talked to USOC Representative Anita DeFrantz. DeFrantz won an Olympic rowing bronze medal at the 1976 Olympics and also qualified for the 1980 US Olympic Team. She currently serves on the United States Olympic Comittee’s Board of Director’s and is also on the International Olympic Committee’s Executive Board.

When the United States decided to boycott the 1980 Olympics, DeFrantz sued the United States Olympic Committee for preventing American athletes from competing in the Summer Olympics. She believed the USOC exceeded it’s statutory powers and took away her constitutional rights.

DeFrantz was an outspoken critic of the boycott and with her law background was an eloquent spokesperson for the athletes. Though the lawsuit didn’t change anything, one congressman commented that he was highly impressed by her presentation and would welcome her in any law firm. For her support of the Olympic movement, in 1980 she became only the second American athlete to receive the Bronze Medal of the Olympic Order from the International Olympic Committee.

During her interview on Mike and Mike this morning, DeFrantz said that she is at least 75% comfortable with the situation.

She continued by telling Mike and Mike that the IOC still has temporary solutions available.

She said the organizing committee will definitely have back up plans.

“There’s always plan b and plan c for organizing committees for security, safety, and any number of other reasons.”

“We are working on it. We are very aware of the problem. It was a problem the day the city was elected to host the games. We were told the city was going to deal with it. Unfortunately the government money didn’t come through.”

When asked if she will make sure the Americans don’t have to choose between dirty water or missing the Olympics, she said:

“For the 4 weeks they can (mitigate the problem). I will do my very very best so that no athlete will ever have to make that choice at the Olympic Games.”

The podcast of Mike and Mike’s show will be posted here.

Tell 20 year old Olympians today that boons will improve water quality up to 80%, and we are 75% certain that it will be safe?

These are some mind boggling irresponsible positions. Just move the open water events to the Bahamas or something like that. Plenty of money downside for Rio 2016, but so what. We don’t need to be reading about kidney disease or other major health atrocities for the 2016 Olympians in the years to come.

Stop the charade now. There isn’t enough time to remedy the waters around Rio, so just move the events to a safe venue.

Is someone going to verify that this supposed technology of using oil booms really works? It sounds like they are going to pay a bunch locals to drive around the bay in small skiffs dragging these oil booms and everyone can take photos and the organizers will tell everyone the water is now clean and by the time the actual tests come back that the water is still dirty the games will be over. 100% this is what they doing. ITS A PUBLICATION RELATIONS CON JOB!!

Booms might temporarily hold back surface trash and lighter-than-water chemicals, but what can they do to mitigate the presence of bacteria and viruses?

Its like in the olden days, before they knew germs were a thing. “well you cant see it, so it cant possibly make you sick.”

I know moving the race, where the athletes will be in this water, it a political nightmare…but why is it not even being discussed? Very odd to me.