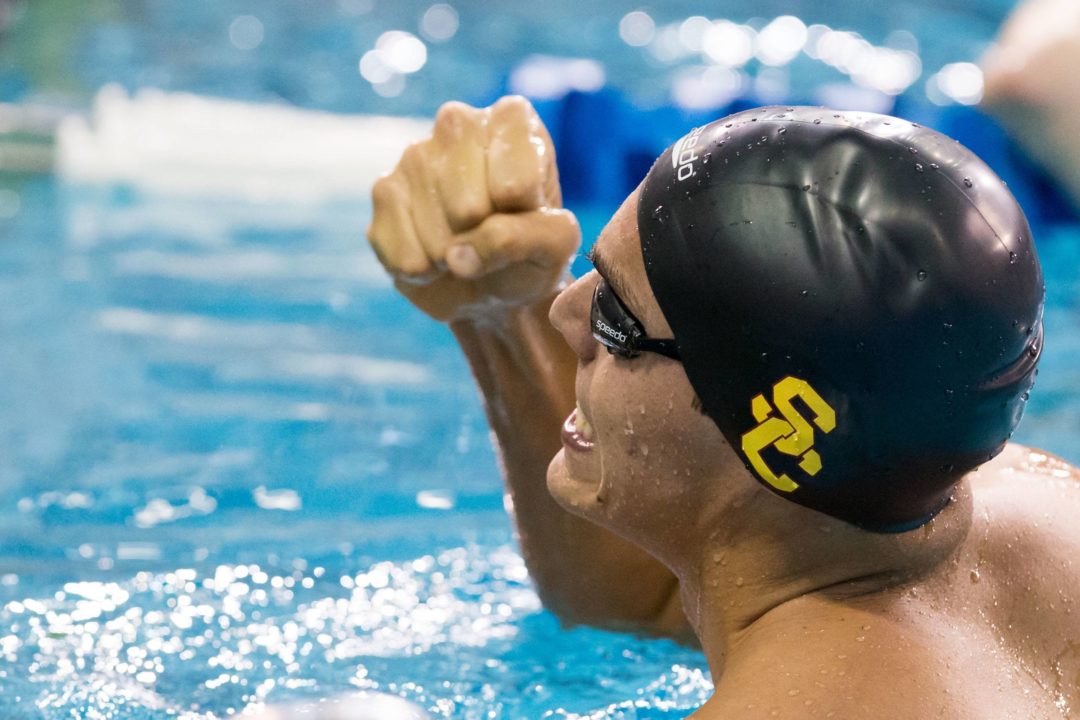 Cristian Quintero is back for the Trojans, who end their men's season with three straight road meets against defending NCAA champs Cal, the Stanford Cardinal and the Utah Utes.

The USC Trojans will end this regular season going on the road to a trio of Pac-12 opponents on both the men’s and women’s sides.

The women head north in late January, taking on the Cal Bears on Friday, January 30th before battling the Stanford Cardinal and their #1-ranked recruiting class on Saturday the 31st. They Trojan women will close the season against UCLA at home less than two weeks out from the Pac-12 championships.

The men stay on the road even longer, making the Cal/Stanford double on February 6th and 7th, beginning with the defending NCAA champs in Berkeley on Friday the 6th. Their late-season dual will be on the road against Utah, a two-day affair on February 20th and 21st.

Both programs have several mid-season invite-type meets listed on the schedules. First is the LA Invite in late November. That meet makes some sense, as it’s very local and shouldn’t bring much in travel costs along with it. The better bets for a true mid-season focus meet, though, are the Texas Invite and U.S. Winter Nationals, both of which are on the men’s and women’s schedules.

USC attended the Texas Invite last year. It’s possible the team will try a split-squad system, sending a few top athletes to Winter Nationals and the rest of the team to Texas, but it’s probably more likely the team has both on the schedule for now, but will wind up choosing one meet or the other.

The Trojan men get Cristian Quintero back for one more season after it appeared he had exhausted his eligibility last spring. That’s a huge boost to a program that also has freshman revelation Reed Malone coming into his sophomore season.

You can view the schedules below or on the USC website by following these links:

I read somewhere that Quintero, albeit listed as a JUNIOR, has completed his collegiate stay @ USC. Has this changed?

USC petitioned for a 4th year of eligibility for Cristian and ultimately got it. So he will be competing as a senior and one of the team captains which he deserves. He is a great young man who is a real workhorse. Glad he is able to have this year to compete at USC. Fight on!