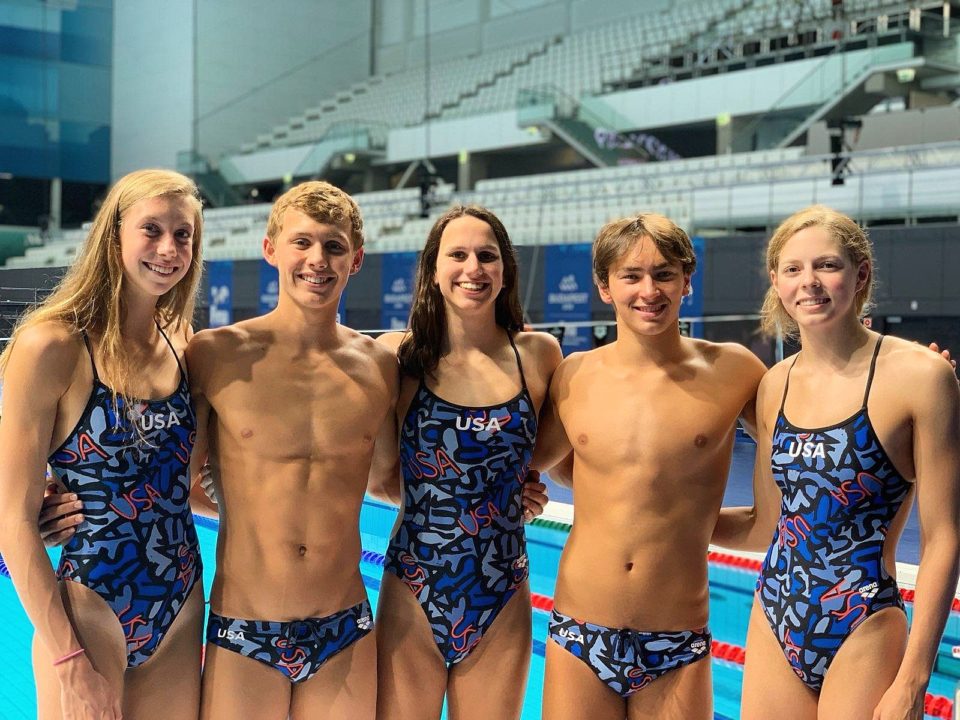 USA Swimming has named 5 swimmers as team captains for the 2019 World Junior Swimming Championships. Gretchen Walsh, Carson Foster, Lillie Nordmann, Luca Urlando, and Maxine Parker were voted by their peers to lead the Americans into competition in Budapest this week, where the championships will take place from August 20th-25th.

Both Walsh and Nordmann have older sisters that competed at the 2017 edition of this meet in 2017. There, the USA won 30 total medals, nearly twice as many as anyone else in the field, including 11 gold, 12 silver, and 7 bronze medals.

A post shared by USA Swimming Next Gen (@usaswimmingnextgen)

I’m glad they are all getting this experience at this age. It can be an important factor later on especially as the pressure to excel mounts. Having helped lead a team opens a person’s eyes to many things. Go Team USA!

Just wondering, beyond leadership are there specific noted roles and responsibilities of the team captains in these meets?

After seeing this pic of Urlando, he looks more like a kid who goes 1:53.8 scy! Probably a lot more room to grow 👀

16
-2
Reply
Knows nothing
Reply to  Dcswim

The future of USA swimming is bright, good luck!

And got a silver medal there in 200 back!