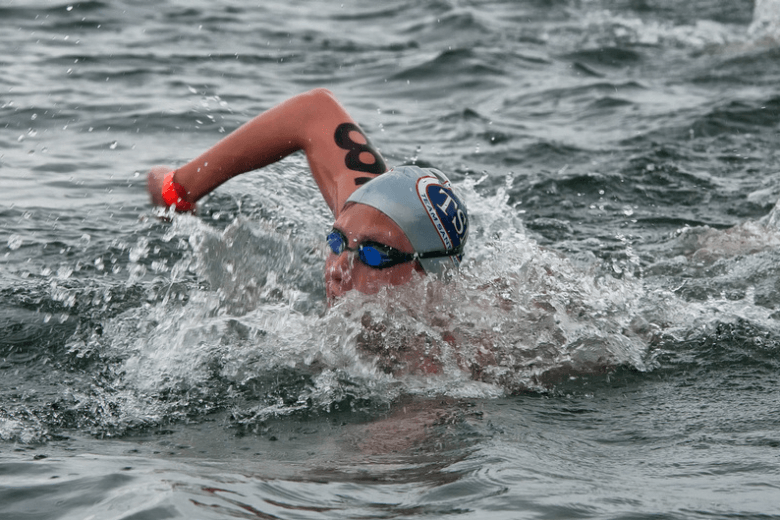 12 junior swimmers will represent the US Internationally in open water in August. (Photo Courtes: Mike Lewis/OlaVistaPhotography.com)

USA Swimming has named the rosters for a pair of international open water teams: the squad that will head to Canada in Mid-August for first ever FINA Junior World Open Water Championships, as well as the group that a week later will hop to Honolulu for the Junior Pan Pac Championship version of the same event.

This roster was selected on the basis of the 5km swim at April’s Open Water Nationals in Florida, and specifically the 5km swim. The top two finishers of each gender in the 14-16 age group, and the 17-18 age group, were selected for the race, with the basis for age being December 31, 2012. The World Championships will be held in Welland, Canada from August 16th-19th.

14-16 year olds will swim a 5km race in Canada, while the older swimmers will participate in a 7.5km.

The squad will be led by Bruce Gemmell, father of Open Water 10km National Champion Andrew Gemmell and coach with the Delaware Swim Team.

The powers that are leading the rise of open water swimming at the youth level are obvious from this squad – Team Santa Monica and Mission Viejo in Southern California are responsible for a combined 6 of the 8 swimmers headed to Junior Worlds. The other two swimmers come from the East Coast (Cougar Aquatic Team is in New Jersey, the Shenandoah Marlins are in Virginia).

The Junior Pan Pac Team was selected on the basis of the 10km race at Open Water Nationals (as the Jr. Pan Pac distance is 10km as well). The age range on this is 13-18 as of the start of the competition – August 23rd, 2012. This meet will be held in Honolulu, Hawaii.

No coaches have yet been announced yet, but Mission Viejo again dominates this roster – with three out of six swimmers. Germantown Academy is also sending two on this squad, and Clearwater the final entrant. Between these two teams, there’s a clear lack of development in open water swimming through the center of the country (Rockies to Appalachians), as all of the swimmers going to these two meets come from either the east or west coasts.

Athletes were eligible for both of these meets, and Brooke Lorentzen and David Heron will take on the challenge.