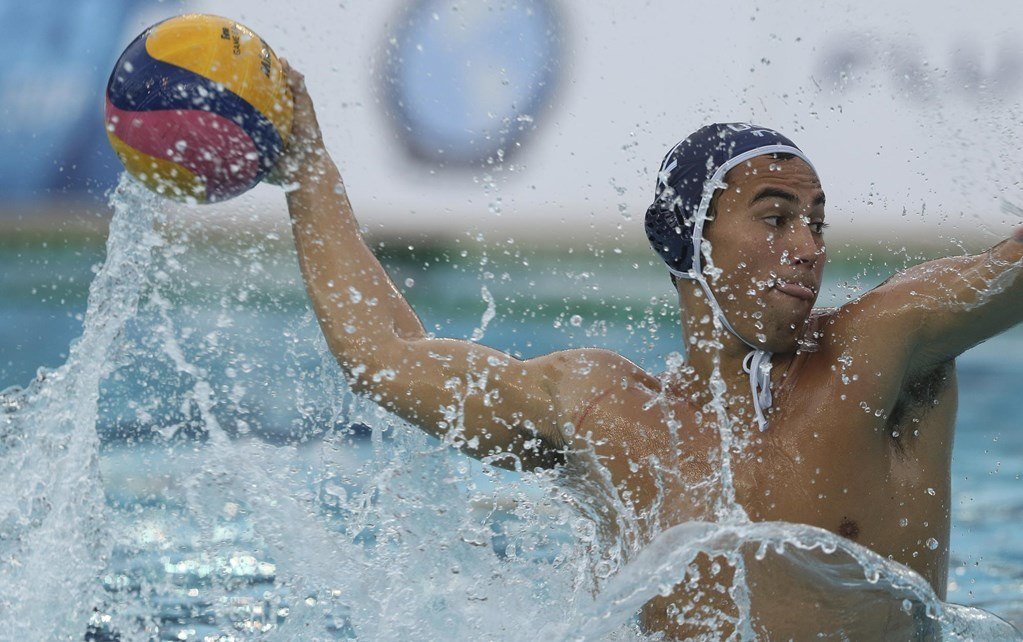 The USA Men's Water Polo National Team lost a tight match to Greece, 11-9, in the crossover round at the FINA World Championships. Current photo via USA Water Polo, Luiza Moraes

GWANGJU, South Korea – The USA Men’s National Team lost a tight match to Greece, 11-9, in the crossover round at the FINA World Championship. The setback sends Team USA into the 9th-12th place bracket with two more matches to play in Gwangju.

Team USA had a strong start going up 2-1 behind goals from Hooper and Alex Bowen (Santee, CA/Stanford/NYAC). After Greece tied the game at 2-2, Daube scored and then Alex Obert (Loomis, CA/Pacific/NYAC) cleaned up a loose ball in front of the cage for a 4-2 advantage. Greece scored the next four in a row to go up 6-4 with 3:49 left in the second quarter. Hallock and Daube returned fire with consecutive goals and the match was tied at 6-6 at intermission.

Greece went in front 7-6 in the third quarter only to see Team USA come back with two straight from Luca Cupido (Santa Margherita Ligure, Italy/California/Olympic Club) and Hallock for an 8-7 lead. Greece responded by scoring three straight to go ahead 10-8 with 2:59 to play in the match. Hooper brought it back to one goal at 10-9 on a power play strike with 2:32 to play but Team USA would get no closer. Kostas Genidounias scored his first and final goal with a minute to play to seal the victory for Greece at 11-9.

Team USA went 6/12 on power plays with no penalties attempted while Greece was 6/10 on power plays and 2/2 on penalties. Both teams fell victim to own goals throughout the match as deflections off both goalies and a field player resulted in two goals for Greece and one for Team USA.

For more on the USA roster at the FINA World Championships, click here for the roster announcement. For more on broadcast coverage, click here.