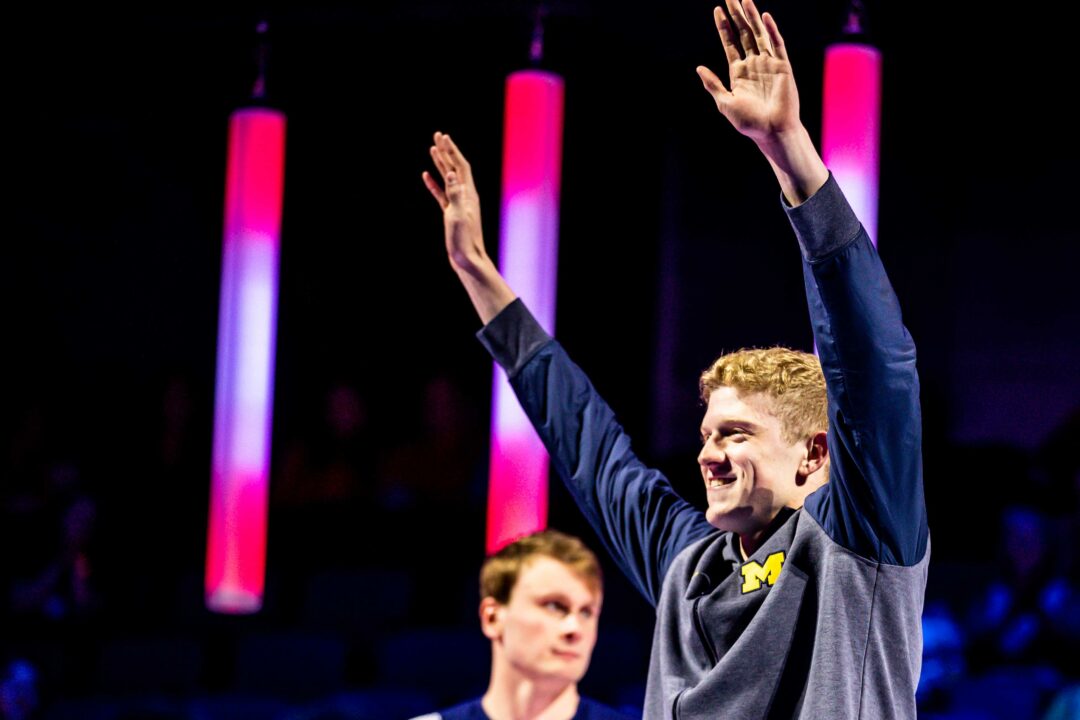 Callan plans to begin his Masters of Sport Management at the University of Michigan next fall as he uses his COVID-19 5th year. Archive photo via Jack Spitser/Spitser Photography

Tokyo Olympian Patrick Callan announced on Instagram his plans to use his fifth year of eligibility at the University of Michigan next season.

So excited to announce that I will be returning to Michigan for my 5th and final year of NCAA eligibility while pursuing a master’s degree in sport management. I know this season isn’t over yet, but I couldn’t wait to share! Grateful to have the opportunity to represent the greatest University in the world for one final ride. 💙”

Callan recently helped the Wolverines to a third place finish at the 2022 Men’s Big Ten Championships. There he finished sixth in the 200 and 500 freestyles.

Callan made the US Olympic Team this past summer after finishing 6th in the 200 freestyle at Wave II Olympic Trials. He competed in the 4×200 freestyle as he swam the third leg of the prelims relay. That relay was fifth heading into finals.

Athletes were allowed an extra year of eligibility due to COVID-19 during the 2020-2021 season. Many athletes took this extra year this season, but the number is expected to fall over the next few years. Another B1G star swimmer that has already announced his plan to take the extra year next season is NCAA Champion Max McHugh.

Callan is a key part of Michigan’s roster as he is one of only five men that qualified for the NCAA Championships in individual events. He also was Michigan’s sixth-highest scorer at the 2022 B1G Championships.

Callan is currently a senior studying Business Administration at Michigan’s Ross School of Business. In his announcement, he plans to earn his Master’s Degree in Sport Management which is offered through the school’s School of Kinesiology.