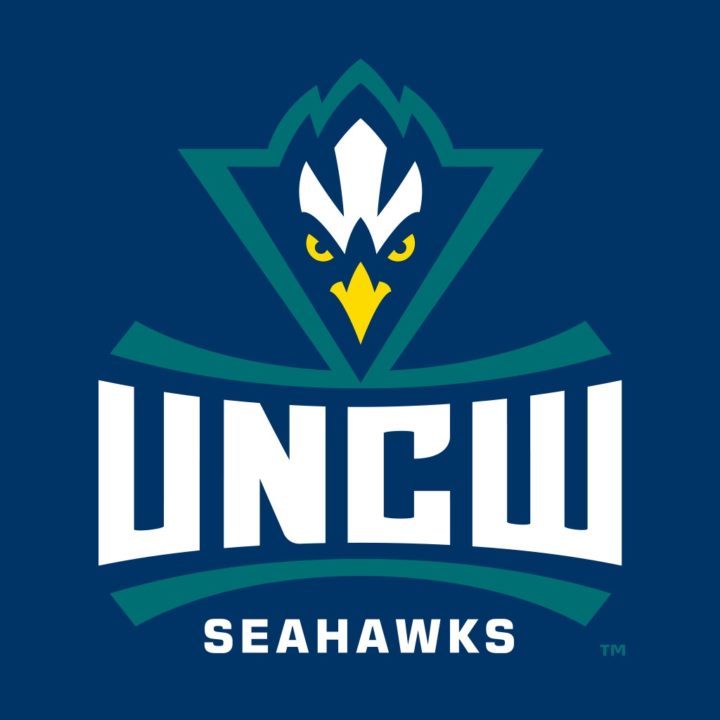 Similarly, UNCW freshman William Barker was electric in the men’s backstroke events. In the 100 back, Barker clocked a 49.69, crushing the rest of the field. He got out to a speedy 24.12 on the first 50 of the race, establishing an early lead of 1-second over the rest of the field. Barker then swam a 1:50.79 to win the 200 back.

Junior Henderson Louviere took the men’s fly events for the Seahawks. He started out in the 200 fly, swimming a 1:51.97 to touch first by over a second. In the 100 fly, Louviere clocked a 49.88, again winning the event by over a second.

UNCW came up big on the boards as well, with junior Courtney Klausen winning both the women’s 1-meter and 3-meter. Klausen is the reigning CAA Diver of the Year.

WILMINGTON, N.C. – UNCW captured 24 events, including 10 from the freshman class, as the Seahawks opened the season with a sweep of visiting Army West Point on Friday at the Seahawk Natatorium.

In the relays, the Seahawks won all four events.

The Seahawks next host Tennessee on Oct. 2 at 2 p.m.

WILMINGTON, N.C. – The Army West Point men’s and women’s swimming & diving teams fell in the season-opener at UNC Wilmington on Friday evening, despite strong showings across the board. On the men’s side, the Black Knights were topped by the Seahawks 180.50-119.50, while the women were outscored 181.50-118.50.

The home team controlled the momentum early, taking home the 200 Medley Relays and a handful of individual events before Sarah Platt posted Army’s first win of the day in the 100 Breast. With a time of 1:06.60, she bested the field by over a full second en route to earning the victory. On the men’s side, Evan Zhang also got the team on the board in the same event when he laid down a time of 55.19.

Melinda Zhang continued the momentum in the 200 Fly, touching the wall in 2:04.28 to add more points to the Cadets’ score, before Sammie Edwards made it three-straight wins for the women when she captured the 50 Free (24.30).

UNC Wilmington responded to the push and picked up a few additional triumphs before Meghan Cole snapped the streak by taking home the 200 IM with a time of 2:07.45, a full two seconds ahead of second place.

On the boards, Daniel Alaimo added the team’s final individual win of the day, as his score of 286.15 earned him a first-place finish.

The Black Knights gave one final push in the 200 Free Relay, with both the men’s and women’s ‘A’ teams out-performing their seeded times, but UNC Wilmington was able to hold on for the win.

Coach’s Corner
“We were so happy to get our season underway today against UNCW,” head coach Brandt Nigro said. “After a year of virtual meets and minimal competition, it was good to get the season started early and against some great competition. UNCW hosted a loud and exciting meet and really swam well. I feel we got rattled by their momentum and were slow out of the gates today. Our team had moments, but we certainly have a long way to go towards our goals this year. I’m proud of how we regrouped and battled better towards the end, but to win the big meets you need to be ready from the first event on. Our freshman really swam with heart today and I’m pleased with what saw from them. Evan Zhang and Danny Alaimo got it done for our men’s team today. Sammie Edwards and Meghan Cole stepped up for AWSD. The great thing about this meet is that is so early in the season and we have time to take what we’ve learned back to practice and get better. We’ve got two weeks until our home opener and I’m looking forward to getting back to work.”

Cadets’ Corner
“I think this meet was a big eye opener for the team. We have a lot of work to do to reach our season goals and this meet is the perfect opportunity for our team to learn and grow from. Obviously, starting off with a win would’ve been great, but I’m proud of how we kept our energy up and how we kept fighting. As for myself, I think that I executed my races the ways I wanted to. With it being so early in the season, times don’t matter as much as perfecting my race strategy so I was solely focused on winning and getting my hand on the wall for Army. As the season progresses, I am excited to see what this team can do. We have a lot of potential and can only go up from here.” – Evan Zhang

“My last first college swim meet of the season. Getting to start off the season by traveling to an awesome location and going against a new team was an amazing opportunity. Army came with so much excitement and energy, especially after not being able to compete much last year. As coach Jacob [Siar] put it, we came here on a business trip. I think that Army definitely delivered. With where we are at in our training and by immersing ourselves into the competition scene again, I am immensely proud of how the team did today. I looked around and saw the new plebes stepping up and taking on the competition, and our returners pushing through difficult races. This meet was a great starting point for me in my last season and I am very happy with how my results ended up. The breaststroke crew really killed their game today in the pool. The business trip isn’t over yet, and I am looking forward to some intense practices and open water swims these next two days. There is so much still left to improve on as we continue into our training. I can’t wait to see what else this team will bring to the table and I am excited to see what this last season brings me as well.” – Megan Colpo

What’s Next
After taking on the Seahawks in an open water swim tomorrow morning (non-NCAA), the Cadets will return home to play host to Vermont and Bingham in the Black Knight Invite on Friday, Oct. 1. The competition is scheduled for a 5:30 p.m. start at Crandall Pool.

That’s cool that they are going to do an open water swim on same trip.