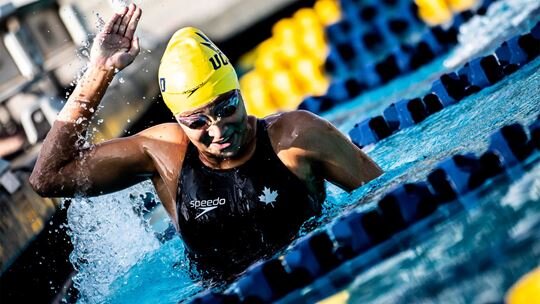 The CSCAA/TYR Top 25 Division II Poll has the UCSD women and the Indianapolis men at number one. Both programs were previously ranked second. Current photo via CSCAA

Hayden Jestes of Texas Ford Aquatics will be an immediate scorer at conference in the distance events for Ouachita Baptist when he begins in 2021.

The CSCAA/TYR Top 25 Division II Poll has the UCSD women and the Indianapolis men at number one. Both programs were previously ranked second.

The Lady Triton’s received four of the six top votes from the committee. Queens tallied the remaining number one votes, landing them second in the poll. Indianapolis and Drury kept their rankings from the last poll at third and fourth, respectively. Wingate jumped two spots to round out the top five on the women’s side.

For the men, the Indianapolis were unanimously picked first after strong performances at a mid-year invitational and  three straight wins against Findlay, #10 Grand Valley State and #9 Lindenwood. Drury men moved up three spots to second. Queens is up one spot to third. Delta State had the biggest jump, moving up 11 spots to number four. UC San Diego is fifth.

The poll aims to measure the top teams in head-to-head competition.The rankings are voted on by CSCAA-member coaches and the next poll is scheduled for release on February 5, 2020.