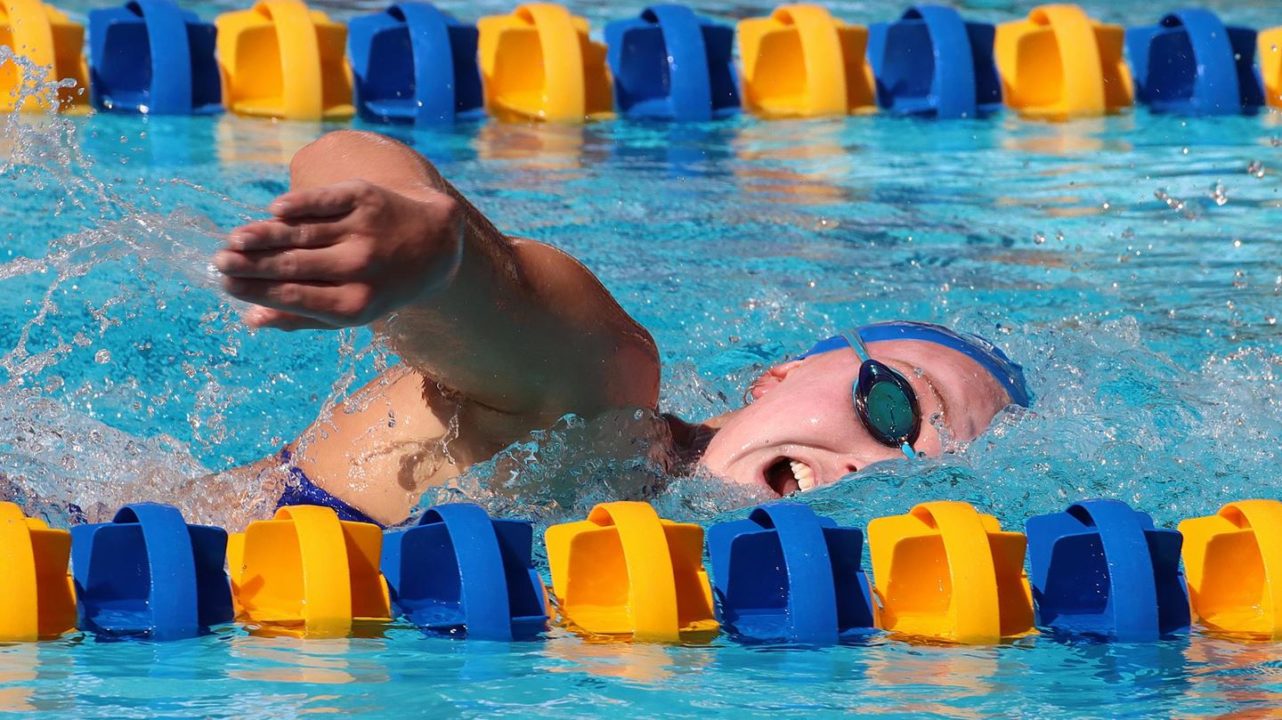 Olympian Bryce Mefford (above) made his season debut for the Cal Golden Bears, as both the Cal men and women defeated the Arizona State Sun Devils.

LOS ANGELES – The No. 23-ranked UCLA swim & dive team defeated visiting Utah 177-84 on Friday afternoon at Spieker Aquatics Center. It was the first home and conference dual meet of the season for the Bruins.

“We had a lot of excitement going into today, we just wanted to kick it off,” said UCLA head coach Jordan Wolfrum. “Everything was just swum on pride – pride for their school, teammates, program – and that’s where a lot of those gritty wins came from.”

UCLA is next in action on Oct. 25, hosting UC Santa Barbara in a non-conference dual meet.

The Bruins opened Friday afternoon by taking first and third in the 200 medley relay, with the UCLA As – Sophia Kosturos, Claire Grover, Amy Okada, and Kenisha Liu – taking the crown at 1:42.31.

After playing the pre-meet National Anthem on the flute, Okada proved she still had plenty left in the tank by winning the 200 fly handily with a time of 2:01.66. Freshman Lauryn Johnson touched second at 2:03.74 and Lia Foster (2:06.54) scored by placing fourth.

Liu opened up the latter half of the meet by taking home her second win of the day, placing first in the 100 free with a time of 51.29. Jameson was hot on her tail at 51.46 to take second.

Sophomore Ella Kirschke captured her first victory of the afternoon in the 200 IM, narrowly beating out two others at 2:02.89. Delaney Smith was the third-place finisher at 2:04.32.

The afternoon ended with a win from the UCLA As in the 400 free relay. The A Team completed the relay in 3:25.65