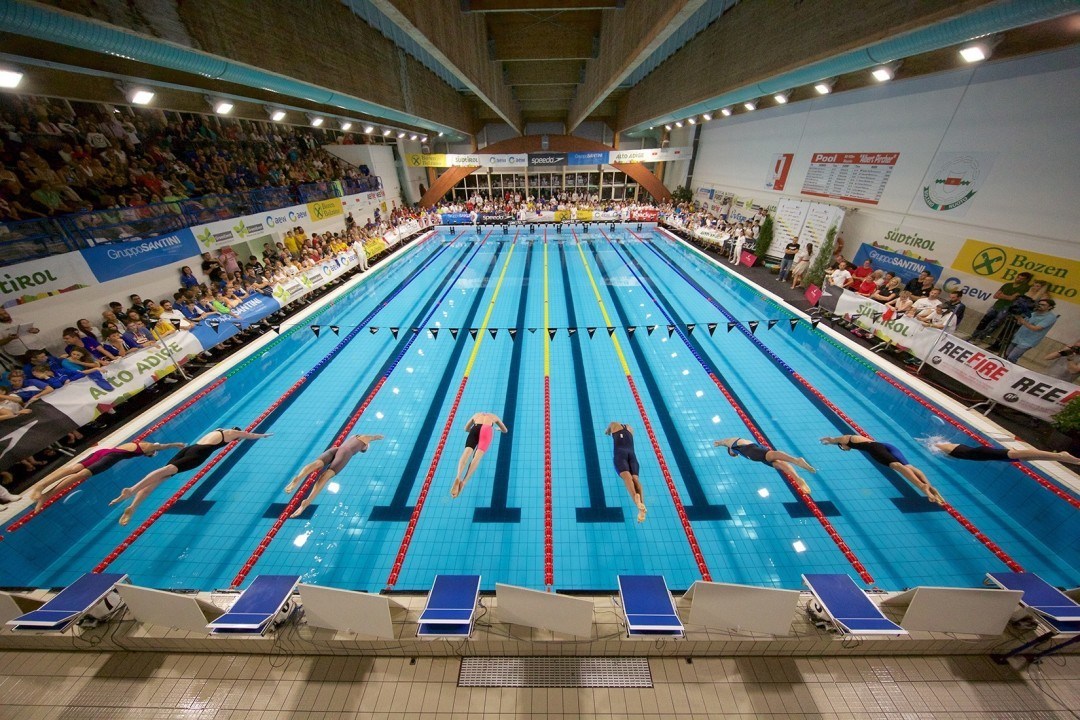 The wins made eight straight for both teams. Stock photo via Rafael Domeyko/Domeyko Photography

The University of California, San Diego ripped off PCSC Conference 2016 victories in both genders at this past weekend in Monterey Park. On the women’s side they were hardly challenged, with runner up Cal State East Bay almost 500 points back. In the men’s meet, Division III UC Santa Cruz put up a good fight but finished almost 300 points back. Also notable was Fresno Pacific. While lacking the depth to compete in a conference meet like this, they look like they will make a good NCAA debut next month in Indianapolis.

Both wins marked eight straight for the Tritons. Corrie Falcon (Women’s) and Daniel Perdew (Men’s) were both named coaches of the meet for that performance.

San Diego was 6th at last year’s NCAA Championship and looks to have a strong team once again based on the results of this meet. The Tritons set meet records in every relay they competed in to go along with a couple individual meet records.

Leading off the first night was their 200 medley, which clocked in at 1:41.48. Natalie Tang, Jaimie Bryan, Naomi Thomas and Colleen Daley clocked a 1:41.46. That time would have netted a top three finish at last year’s NCAA Division II Championship. Julia Toronczak , Maddy Huttner, Dari Watkins and Tang followed that up with a 7:20.17 in the 800 freestyle relay. That time would also have been top three.

Daley was the standout individual for San Diego. She won both the 50 and 100 freestyle on the weekend. Watkins also won two, taking the 200 freestyle and 100 butterfly.

Daria Belova of Fresno Pacific earned Swimmer of the Meet honors. The sophomore won three individual events: the 200 IM, 100 butterfly and 200 breaststroke. Most notable was the 200 breaststroke, where she clocked a 2:13.55 to put herself in the pole position going into the NCAA Division II Championships next month.

Kianna Mourer of Azusa Pacific was named diver of the meet. She won both the 1M and 3M diving events.

Like their female counterparts, the San Diego men were on a relay record breaking tear across the weekend. They led off the first night with conference records in both the 200 medley (1:29.00) and 800 freestyle (6:35.00). Their 800 freestyle relay consisted of Michael Cohn, Michael Leung, Paul Li and Chandler Pourvahidi.

The medley relay consisted of Julian Jacobs, AJ Zavala, Kevin Wylder and Cole Heale. They were, however, upset by Fresno Pacific in the 400 medley relay, where FPU scored an impressive meet record with the foursome of Luka Barisic, Maksim Shcherbakov, Wesley Coles and Austin Hussain.

Cohn was named swimmer of the meet. He won in the 500 and 200 freestyle to go along with a conference record in the 200 backstroke. However, there were at least two other solid contenders for the award, including one from his own team. Wylder and Shcherbakov both had outstanding individual performances. Wylder dipped under 47 seconds in prelims to dominate the 100 butterfly, while Shcherbakov won a dominant victory in the 100 breaststroke. Both will be in contention for Division II National titles next month.

Fresno Pacific’s Duston Gragg was named diver of the meet after winning both the 1M and 3M events.

Dari Watkins won the 200 fly, Daria Belova, as you mentioned won the 100 fly