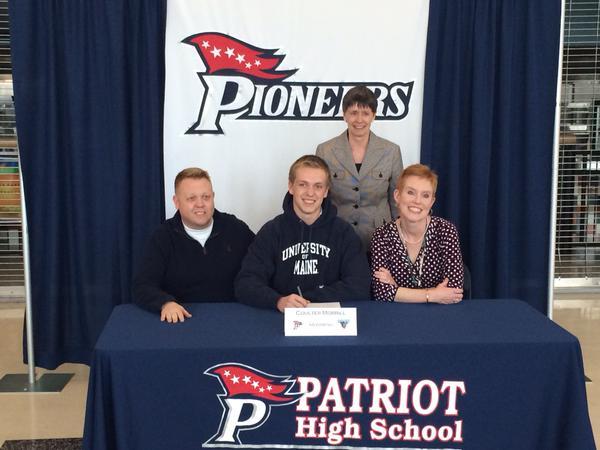 Nation’s Capital’s Coulter Morrill will be a Black Bear at University of Maine in the fall, while his Nation’s Capital and Patriot High School teammate Thomas Hall committed to Old Dominion University for the upcoming season.

Morrill’s 200 freestyle could prove an asset to the Maine team under head coach Susan Lizzotte. His time beats out the fastest 800 relay split that the Black Bears swam at ECAC Championships, a 1:44.34 swam by lead-off swimmer Nicholas Sundquist. He will add some real strength to that relay.

Hall, the upcoming Old Dominion swimmer, also competed in the 200 free at Virginia State 6A Championships. His best time in that event is 1:44.00, which would have been 11th at this year’s C-USA Championships. Meanwhile his 500 free time, 4:42.64, would have put him 13th.

Hall still needs to improve to make it onto the Old Dominion “A” relays, but given his massive time drops over the past year, he shows some real potential for college. Over the past year, Hall has taken his 200 freestyle from a 1:51.17 to a 1:44.00.

Some of the boys’ other best times include:

Congrats to the guys. The name of their team is Nation’s Capital. It’s named after the D.C. area, not the U.S. Capitol building.