Two “A” Times, No Entries for Grodzki 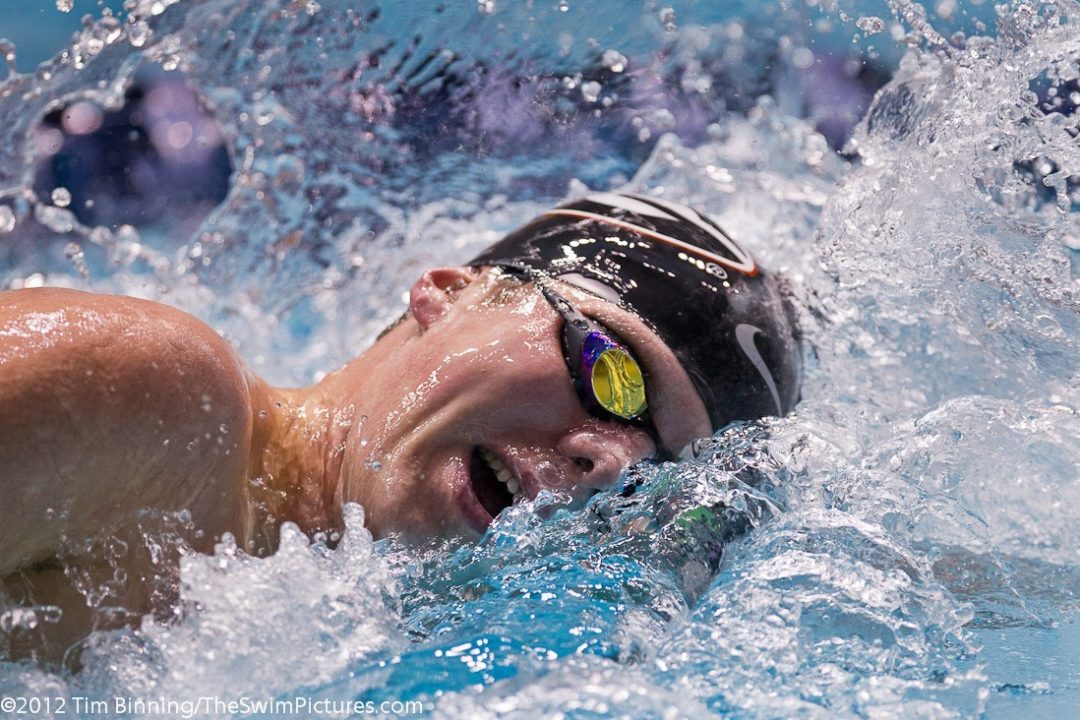 That's twice he's been bitten by the German Federation.

The final day of competition at the 2012 German Olympic Trials was predominantly about wrapping up the non-Olympic 50m National Championships of the meet, but there were some eyes fixed as well on the distance freestyles. There, the last Olympic spots were up for bid.

In both races, there were swimmers within range of the German required marks, but in both cases the swimmers fell short.

That first started with Martin Grodzki, who trains in the US at the University of Georgia, in the 1500 free. He won in a 15:10.47, which clears the FINA Automatic Qualifying time, but not Germany’s standard of the top 10 from last year’s World Championships.

Just like in the 400 free, Grodzki slashed four seconds off of his lifetime best in this event, but unless he is granted a waiver by the federation (he was already at least granted one – though that was a much more borderline case), he won’t be on the Olympic Team. It seems as though we’re going to feel the effects of this perhaps in 2015 or 2016; as these young swimmers are left home from the Olympics, there is the potential that either their enthusiasm for the sport could wane, or that they will lose some huge international experience.

In the women’s 800, Sarah Kohler continued to shine with a best time of 8:34.28, which missed both the FINA A and German qualifying times. Open water star Isabelle Harle also fell short, with an 8:37.93.

And the most notable of the non-Olympic results was that of Alexandra Wenk in the 50 fly with a 26.87. In an event where the Germans are fairly good, this broke another National Age Group Record for her for 18 & unders.Former LSU butterflier Hannes Heyl won the 50 fly title in 23.94, ahead of Steffen Deibler in 23.96.

On the other hand, Grodzki’s time is well below the previous standard of Germany. Jorg Hoffman’s 14:50.36 is now over twenty years old. The fact that the fastest man in Germany is now twenty seconds slower and trains out of the country says more about how well Germany is doing developing talent within their own country.

Not a bad point either. They haven’t really had a great 1500 freestyler since Thomas Lurz decided to go open water full-time.

I understand that those countries want to ensure that they are taking the best swimmers they can, and that an upstart doesn’t have the swim of a… Read more »

That is real bummer! He is a great racer and competitor. Can’t help but think that if he is given the chance at the Games he would make them very proud.