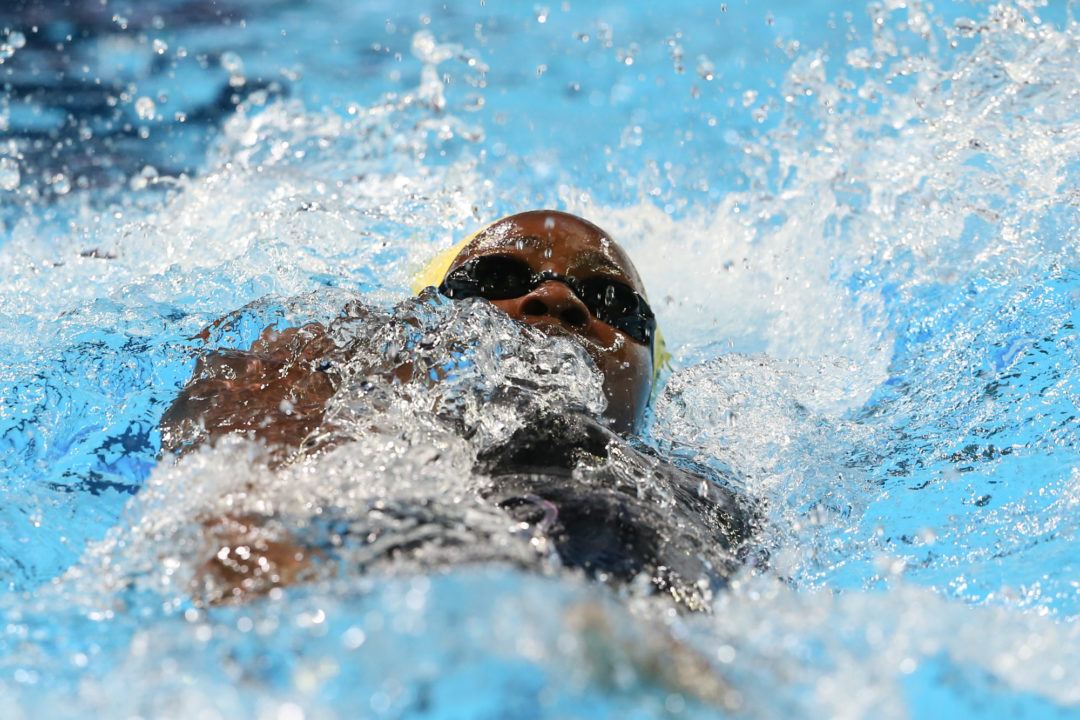 Tonight marked the first competition session of the 2016 Futures Championships in Atlanta, with Dynamo claiming the women’s 800 free relay at 8:25.61.

Tristen Ulett, one of several very young talents who raced at the 2016 U.S. Olympic Trials earlier this summer, led off the relay with a lifetime best 2:03.40, improving upon her previous best of 2:03.76 from the Georgia Age Group Champs in mid-July. With that time, Ulett moves from 50th on the 13-14 all-time list to a tie for 43rd with Regan Smith, another elite youngster who competed in Omaha.

2nd place went to the Marlins of Raleigh, and anchor leg Brooke Rubendall blasted a 2:02.04 for the fastest split of the field. That time was over a second better than the incoming NC State freshman’s PR of 2:03.16.

Central Florida Marlins’ Katelyn Kilpatrick was locked in a tight race with Bryn Handley of Lakeside in the 800 free, but the 15-year-old Kilpatrick finished strong for the win at 8:53.58 over Handley’s 8:54.26. Abigail Grottle, a 14-year-old from Dynamo who later would anchor their 800 free relay, broke into the 8 minute range for the first time (8:57.67) to finish third overall.

In the men’s 1500 free, John Scanlon was one of two swimmers under 16 minutes. The T2 Aquatics swimmer finished with a lifetime best of 15:54.15, ahead of 2nd place Jackson Gunning of Stingrays. The final race of the night was the men’s 800 free relay, which went to the Metro Aquatic Club of Miami in 7:38.24– they were led by Aitor Fungairino‘s 2nd leg split of 1:51.07.