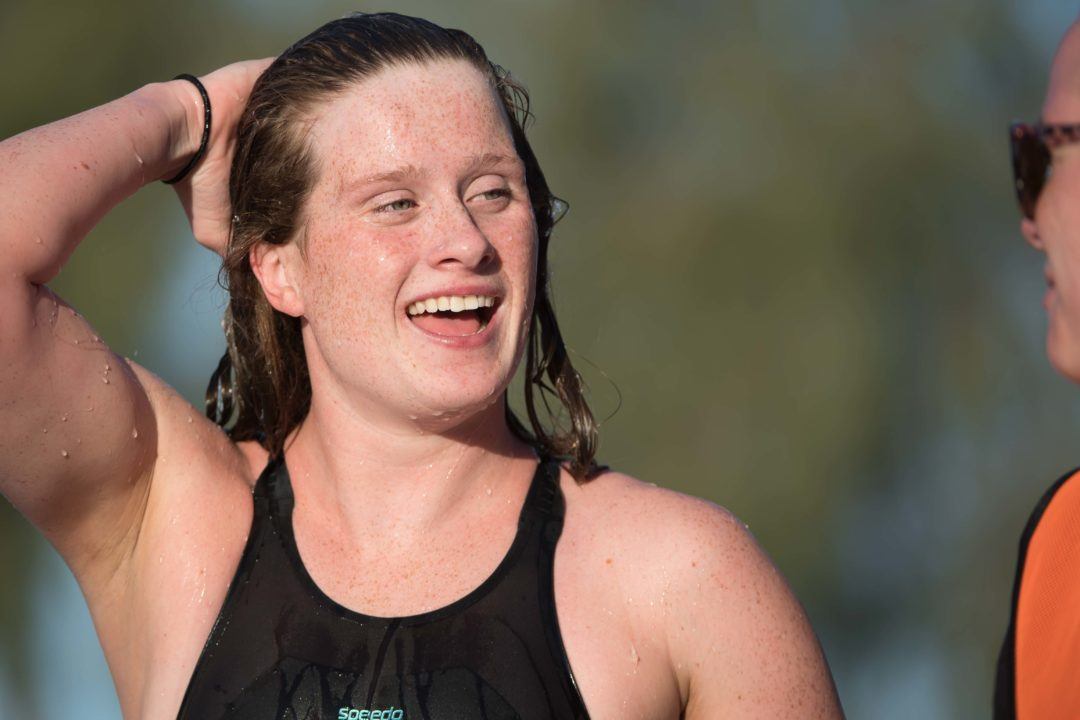 After taking time off to focus on her physical and mental health, Eva Merrell expects to return to racing this fall at the University of Georgia. Archive photo via Mike Lewis/Ola Vista Photography

Eva Merrell, who was SwimSwam’s top-ranked recruit out of the women’s high school class of 2018, expects to make her debut for the University of Georgia this fall, she confirmed Tuesday.

In March, Merrell detailed her ongoing struggles with physical and mental health early in her freshman year that kept her sidelined last fall, and ultimately brought her back home to California for treatment throughout the spring. Her last race was in August 2017 at the U.S. Open Championships in New York.

She posted on Instagram Monday that she is gearing up for a return to racing and told SwimSwam that she is back training in Georgia, while taking summer classes, and will compete for the school in the fall.

“This summer will be two years since my last competition but like I have said before, I am so, so excited to get back out there (and especially excited to compete for UGA),” she wrote via text. “It’s definitely been a long road and I have a lot of work to do, but I honestly can’t wait to see what new goals I can accomplish!”

Merrell won the 200 back in the Big Ten vs. USA College Challenge meet in the fall of 2016, dropping 5.2 seconds to go a lifetime best of 1:52.20. She also went a PB in the 100 back to finish third. At 2016 Olympic Trials she was a finalist in both the 100 fly and 200 back, finishing fifth and sixth, respectively. Merrell traveled to the FINA/airweave Swimming World Cup 2016 with Team USA and race at 2016 Junior Pan Pacs.

If she can get back down to her best short course times, Merrell would be a threat to score at NCAAs in multiple events.

Great news. Better news is that Instagram looks to be of a genuinely happy young woman.

Huge credit to UGA for helping Eva through tough times. Much greater credit to Eva herself, incredibly strong woman.

She seems to be a laidback young lady.

Laid back is gone forever .

So happy for her. Has to have been a rough 2 years. Can’t wait to see what she can do in the future!!