Tomas Peribonio Signs With NY Breakers of the ISL 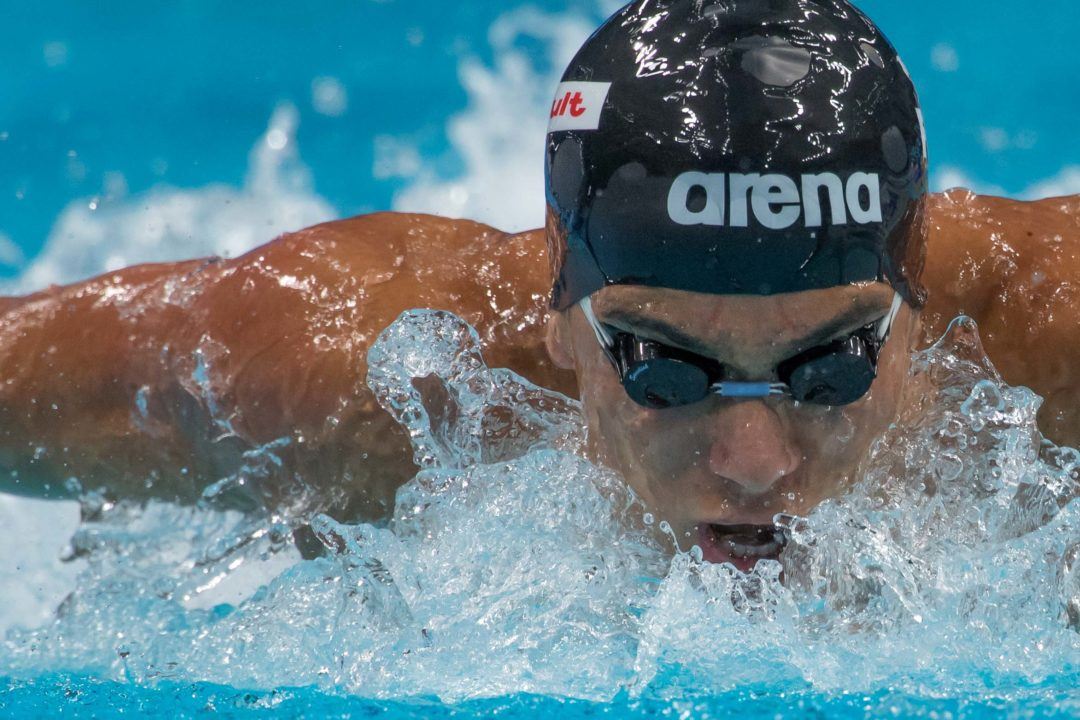 During his NCAA seasons with South Carolina, Peribonio was an NCAA All-American all 4 years. Stock photo via Mike Lewis/Ola Vista Photography

Former University of South Carolina swimmer and Ecuadorian National Teamer Tomas Peribonio has announced his signing with the NY Breakers of the International Swimming League (ISL). Peribonio is the latest addition to the squad, whose first meet is October 19th-20th in Dallas, Texas.

He brings some excellent distance free and IM speed to the team. Although Peribonio mostly focuses on the IM races in LCM, he was also highly successful in SCY free events during his NCAA years. Here are his personal bests in SCY, SCM, and LCM:

Bearing in mind ISL will be competed in SCM, Peribonio seems to be a likely candidate to compete the IMs during ISL meets. He could also fill in the 400 free if needed,

During his NCAA seasons with South Carolina, Peribonio was an NCAA All-American all 4 years. His best individual NCAA finishes were 6th in the 1650, 9th in the 400 IM, and 12th in the 500.