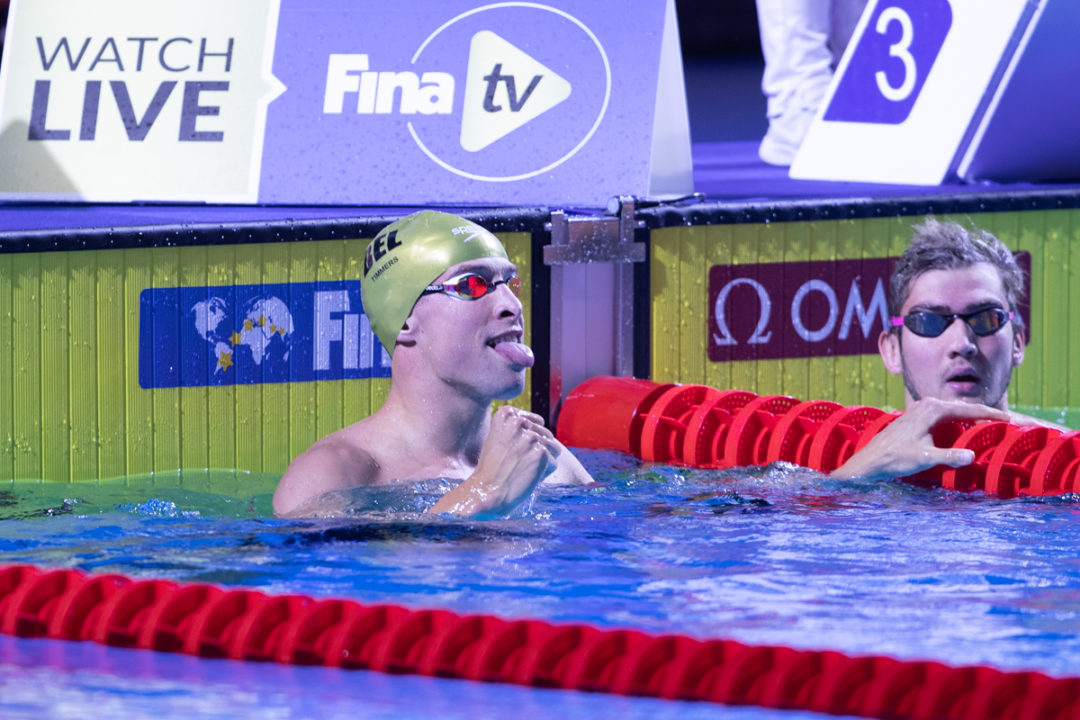 The 2019 Belgian Open Short Course Championships kicked off tonight in Gent, with several swimmers from the host nation clocking times swift enough to punch their tickets to the European Short Course Championships this December in Glasgow, Scotland. We expect the official roster to be announced on Tuesday after the action here is said and done, but here are the top times from day 1.

Olympic silver medalist Pieter Timmers successfully slid under the 47.50 QT with a winning 100m free time of 47.43. Clocking splits of 22.96/24.47, Timmers took the national title by nearly a second.

Timmers came away with the silver in the 100m free at the 2017 edition of the European Short Course Championships in Copenhagen, where his lifetime best of 46.54 there established a new national record.

Runner-up tonight went to Alexandre Marcourt in 48.33, while visiting teenager Kenzo Simons of the Netherlands notched 48.61 for bronze.

In another close call for qualification, Lander Hendrickx got to the wall first in the men’s 400m free final, stopping the clock in 3:43.33. That narrowly sneaked under the standard of 3:43.42 needed to add his name to the Belgian roster.

Closing the meet in style was the foursome of Dries Vangoetsenhoven, Sebastien De Meulemeeseter, Niels Callewaert and Timmers. The squad registered a new Belgian national record in the men’s 4x50m medley relay.