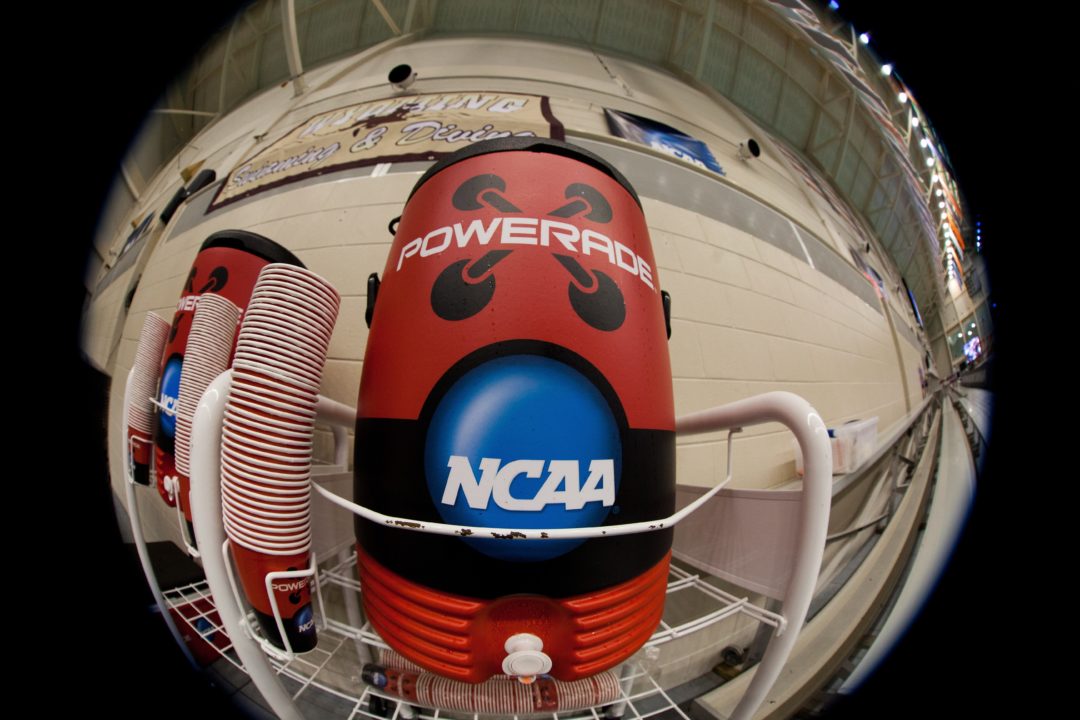 The NCAA has named its top 30 honorees for the 2013 Woman of the Year award, including Paralympic gold medalist Cortney Jordan. (Photo: Tim Binning/TheSwimPIctures.com)

Three sport varsity athlete Rylee Waslyn has announced her verbal commitment to swim at the University of Cincinnati for the fall of 2022.

Winning the 2022 NCAA Division I men’s title with 487.5 points, the Cal Golden Bears beat their seeding by 129 points over the four-day meet.

The NCAA has whittled down their list of nominees for the 2013 Woman of the Year award from over 450 to just 30.

See all of the swimmers who were nominated originally here.

The top 30 is made up of ten honorees from each of Division I, Division II, and Division III, and the next step of the process will be to whittle down to three from each Division for 9 total finalists.

The award is given on a combination of athletic success, classroom success, plus community service and leadership outside of the classroom. Some impressive stats from the NCAA:

Jordan’s nomination is particularly notable, as she is the first “paralympic athlete” in the 23-year history of this program. Jordan, a two-time Paralympian already at just 22 years old, has 8 Paralympic medals already, including the S7 Paralympic gold medal from the 2008 Beijing Games.

“I didn’t expect to make it to the Top 30,” she said of the nomination, “To be in this category with 29 of the nation’s top female athletes from all divisions is a huge honor. I am thrilled that I am able to represent Cal Lutheran at this level.”

Jordan was Cal Lutheran’s Scholar Athlete of the Year, and finished 23rd at the SCIAC Championships in the 200 fly in 2013.

Brauer, a recent Masters Degree graduate of the College of Saint Rose (completing both undergraduate and graduate school in four years).

Brauer is a four-year NCAA Championship qualifier and the first in program history to qualify for the meet. She was also a Capital One All-American, and owns a stunning 7 individual school records, plus 4 relay school records.

Shull, from Clarion University, was also a Capital One First Team Academic All-American on the At-Large Team and graduated with a perfect 4.0 GPA studying Molecular Biology.

Swimming has won four of the last six awards, including 2007 winner Whitney Myers from Arizona, 2009 winner Lacey Nymeyer from Arizona, 2010 winner Justine Schluntz from Arizona (yeah, that happened), and 2011 winner Laura Barito from the Stevens Institute of Technology.

Kristy Kowal from Georgia also won this award in the year 2000.