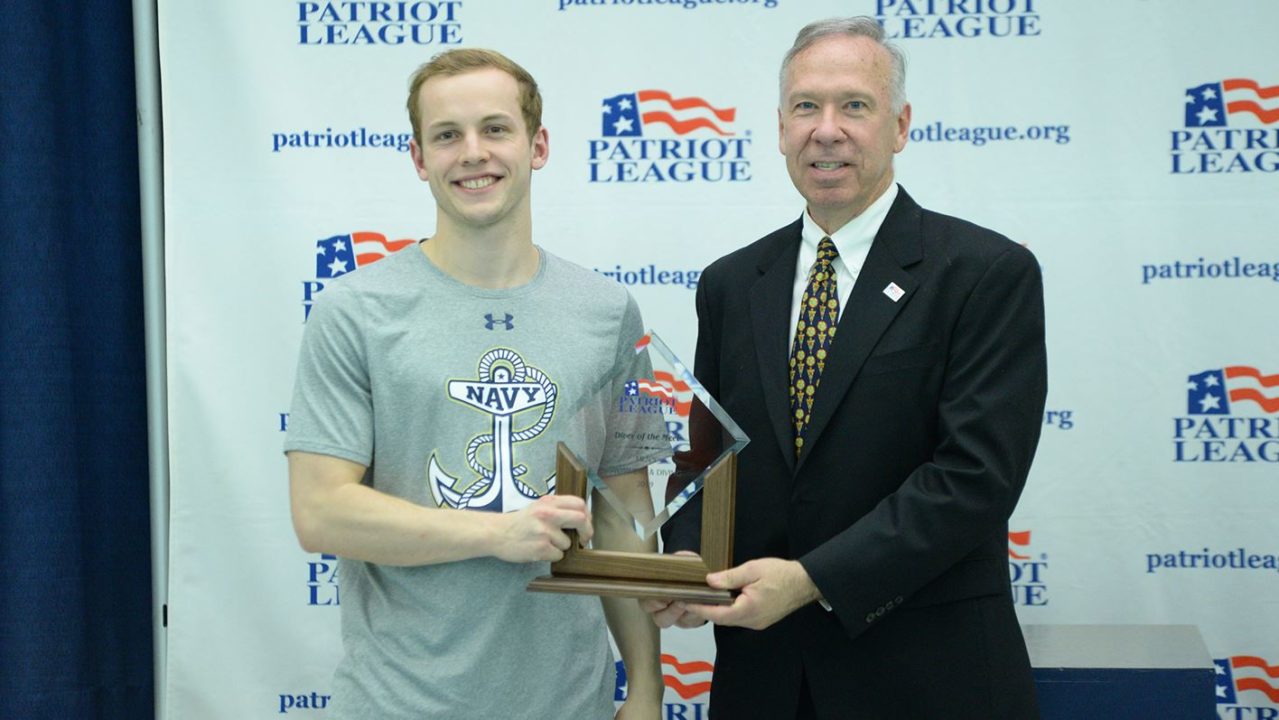 “It was a great three days of competition,” said Navy diving coach Rich MacDonald.  “I am very proud of how our divers dove.  We did a lot of good things.  Now, we are ready to train hard over the next few weeks to prepare for the league championship.”

Buchter, who has competed in both springboard events at the 2017, ’18 and ’19 NCAA Championship meets, totaled 379.60 points to win the one-meter board this weekend and 402.95 points to earn the victory in the three-meter event.  Placing second to Buchter on both boards was teammate Patrick Carter (Jr., West Islip, N.Y.).  He scored 326.45 points in the former event and 336.35 points in the latter.

Montau qualified for the 2019 NCAA Championship in platform diving and had another strong showing in the event Sunday.  She accrued 236.15 points to win the event by almost 13 points.

Hedrick, who also advanced to last year’s national championship thanks to his score in platform diving, posted 319.05 points to win Sunday’s event by just under 15 points.