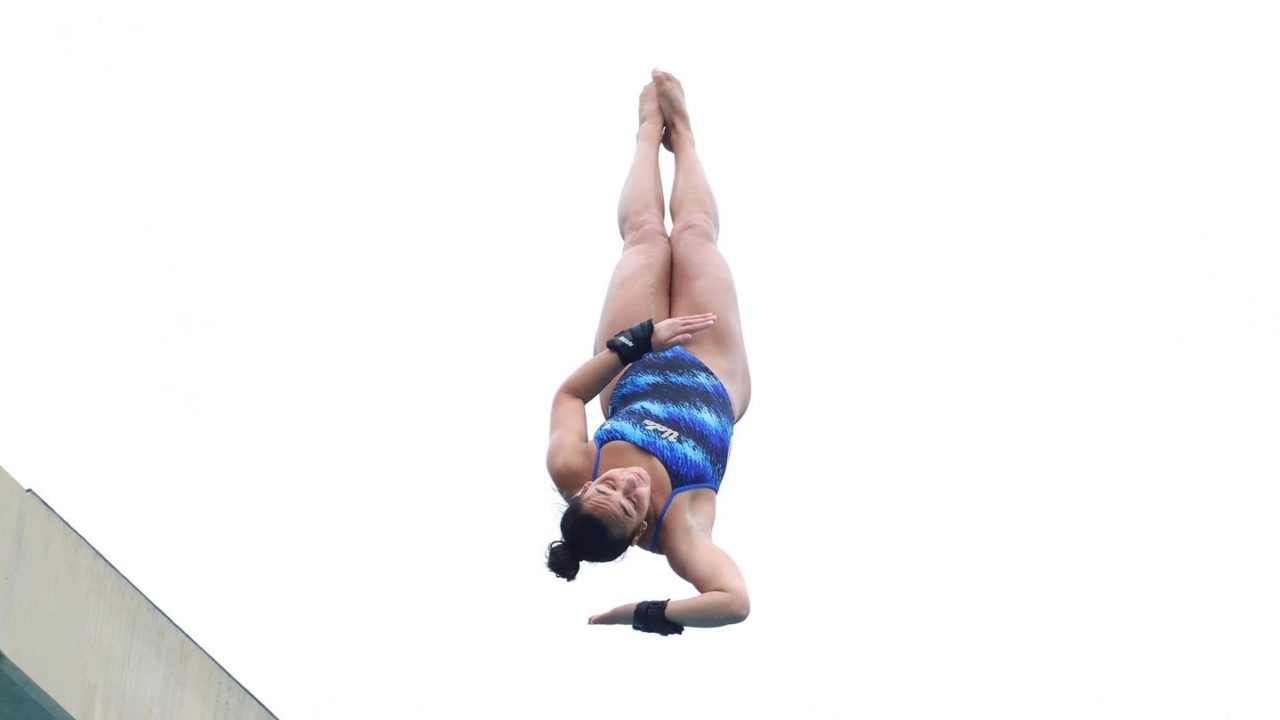 UCLA freshman Katie Shaheen finished up her impressive weekend at the Bruin Diving Invitational with a ninth-place finish Sunday on platform. Current photo via Richard Quinton

Shaheen, who collected her NCAA Zone Championships-qualifying score after placing ninth in Saturday’s 3-meter championship, finished with a combined score of 436.90. She reached the finals after posting a 220.50 in prelims – good for eighth place – then followed up with a 216.40 in the finals.

Her finals list included a trio of 10-meter dives, all of which netted her at least 46 points. Her highest score of the competition came on a 5152B from 10 meters that merited a 50.75 from the judges.

Wyoming’s Melissa Mirafuentes was crowned the winner of the platform championship after accumulating a score of 561.10. Stanford’s Mia Paulsen was runner-up at 550.30 followed by USC’s Nike Agunbiade at 508.85.

UCLA swim and dive is off this week, and will next compete in a pair of home Pac-12 dual meets against Stanford on Friday, Jan. 31 and California on Saturday, Feb. 1.