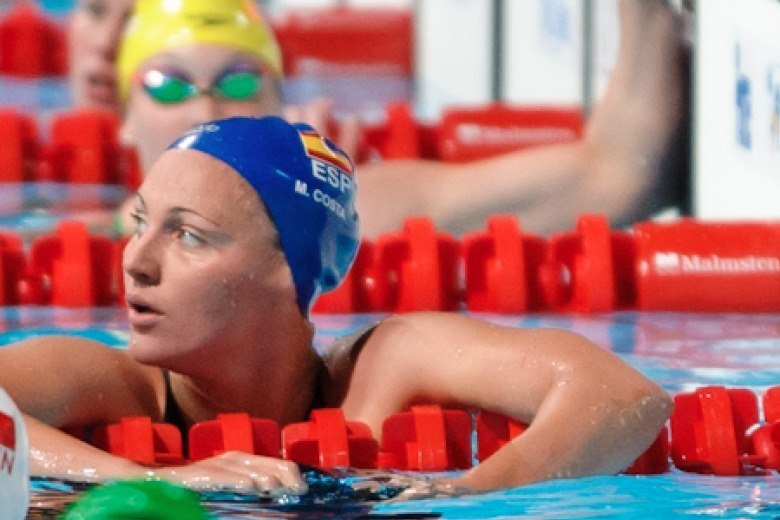 Melanie Costa-Schmid opened up Friday's afternoon session with a new Meet Record in the 200 free - a time that would have finaled in Doha. Archive photo via Victor Puig

After a morning session that included a World Record from Mireia Belmonte, Spanish Nationals rolled into its second timed-finals session on Friday afternoon with three more Meet Records in Barcelona.

The record-breaking started early when Melanie Costa-Schmid swam a 1:53.96 in the women’s 200 free to win by over three seconds ahead of Beatriz Gomez (1:57.12).

Costa-Schmid didn’t swim at the World Short Course Championships a week ago, but if she had, that time in the 200 free would have been good enough to final.

The third Meet Record went to Marc Sanchez Torrens, who for the last two years has been building his reputation as Spain’s top distance swimmer. On Friday, he reaffirmed that position with a 14:39.53 to easily beat-out Antonio Arroyo (14:58.48). The time by Sanchez-Torrens broke his own Meet Record set a year ago by a second, and was shy of his own personal best by about the same margin.

As for the aforementioned Belmonte, she swam only one race on Friday evening, and that was on the anchor leg of the UCA Fuensanta 400 free relay that wound up in 7th. Belmonte anchored in 54.30, which was the fastest split of the field.

See full results for the meet, which runs through Sunday, here.